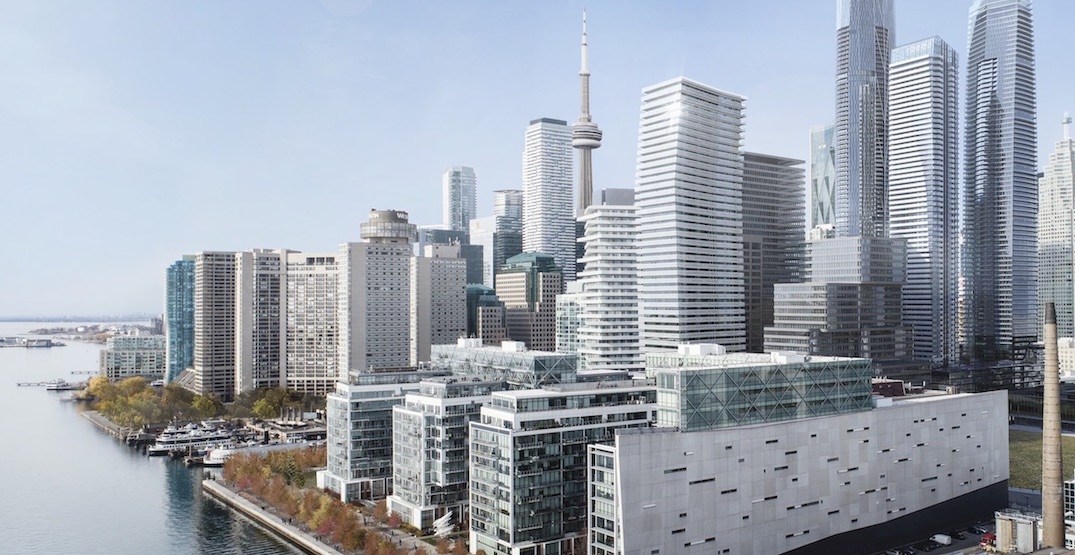 The Toronto waterfront may get a new — and very tall — addition in the form of a 45-storey condo tower.

The tower, which will rise at 25 Queens Quay East near the Yonge intersection, is part of the third phase of Cityzen Development Group’s gargantuan Pier 27 project. 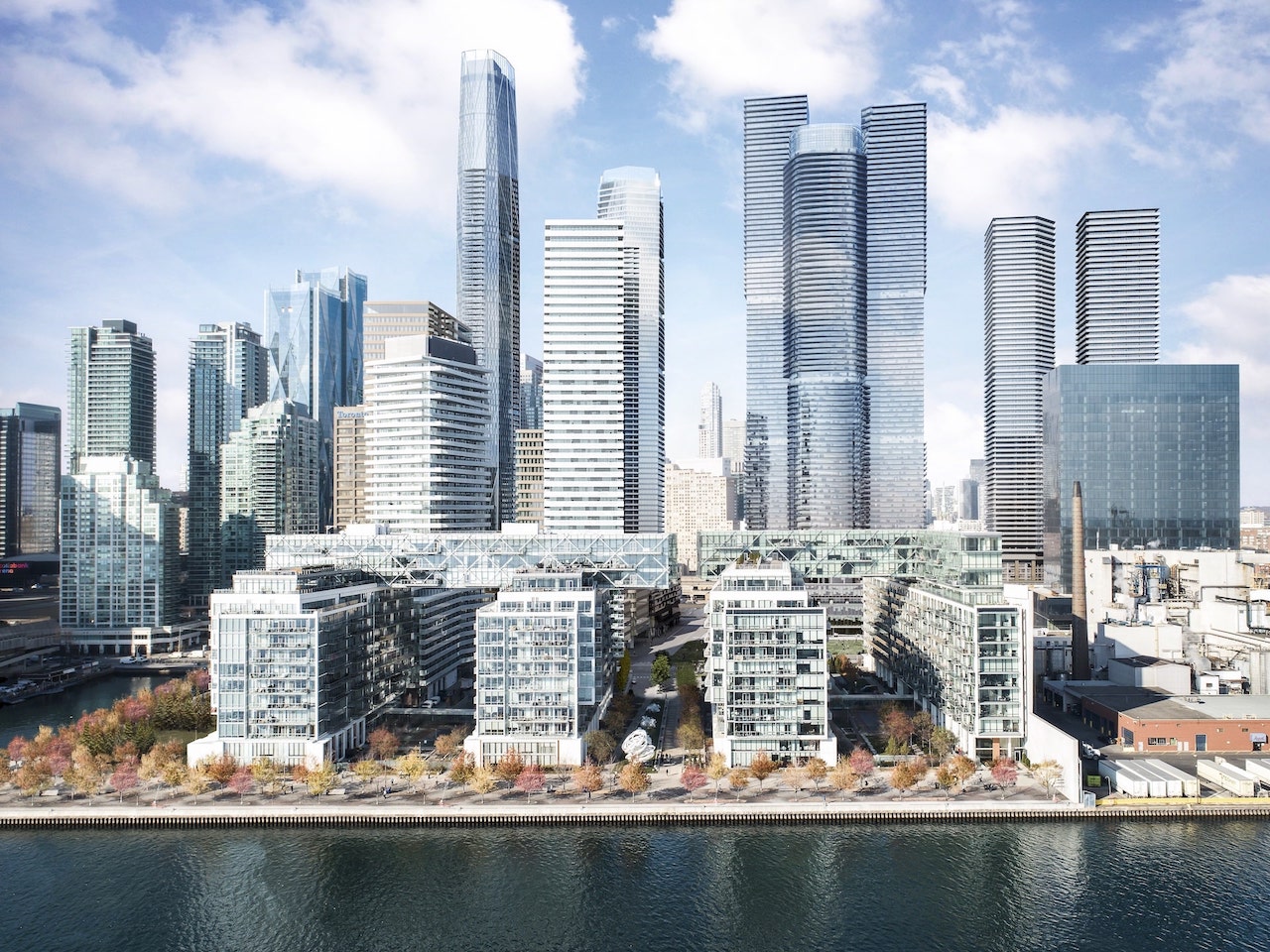 The development’s first two phases, the 35-storey Tower at Pier 27 and the two-building, 14-storey Waterlink at Pier 27, were completed in 2020 and 2016, respectively.

Now, the development’s third and final phase is set to include not only the 45-storey tower but also a smaller 11-storey building. Both are expected to be mixed-use residential. 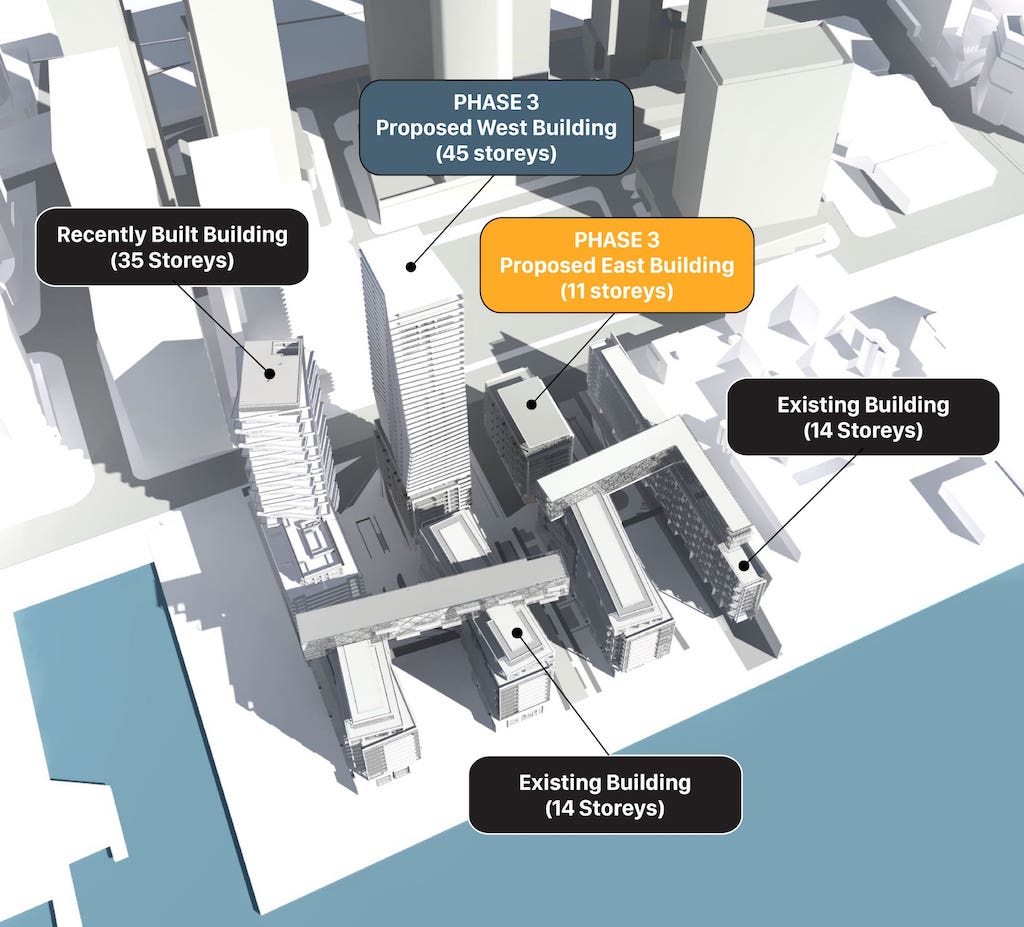 Renderings show that the new buildings, although different in design, will complement the three existing parts of the development, having predominantly white and glass exteriors.

Inside, the tower will have 449 residential units and the 11-storey building will have 136 units for a total of 585 new units, according to the City of Toronto planning application.

Plans also call for a combined total of 1,133 sq metres of non-residential space between the two buildings.

Details on the exact usage of the non-residential space and the size of residential units have not yet been made public. 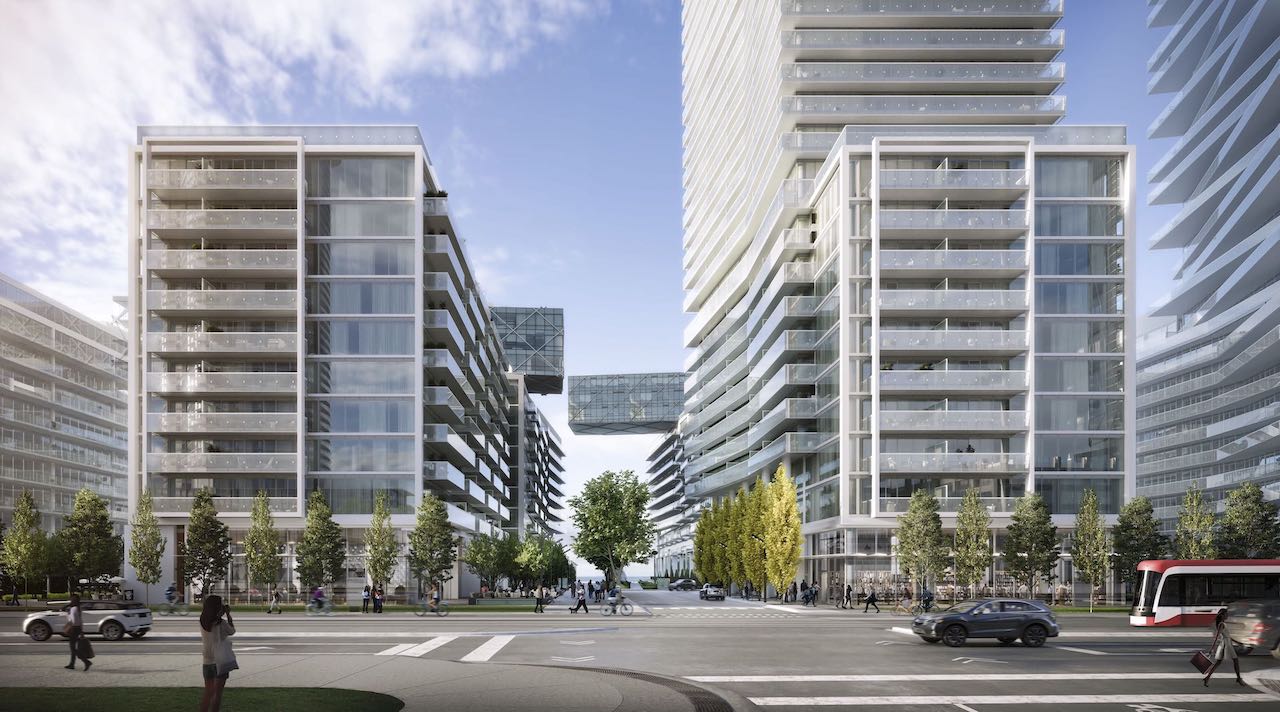 The development application for the waterfront condo tower and the 11-storey building was submitted to the City of Toronto earlier this week and is still pending approval, Cityzen Development Group confirmed to Daily Hive. A zoning bylaw amendment is required to allow for the height of the 45-storey building.