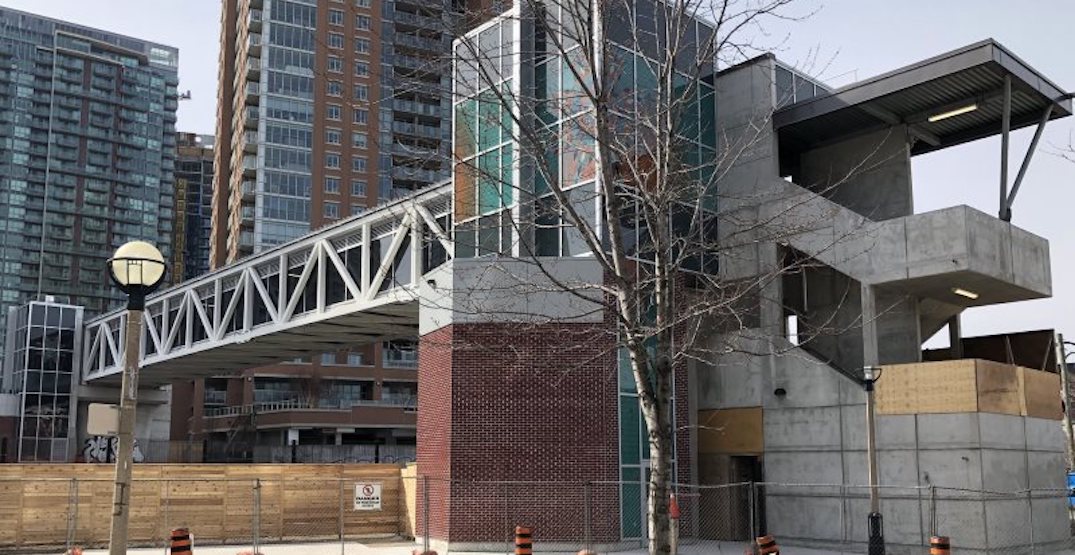 Toronto residents looking to get from King West to Liberty Village may have an easier time doing so starting next week thanks to a new pedestrian and cyclist bridge.

The King-Liberty Pedestrian/Cycle Bridge opens on April 19. It’s a new five-metre-wide enclosed bridge running overtop of the train corridor that divides the two Toronto neighbourhoods, making it much easier to cross between them. The bridge spans from Douro Street to the western end of Western Battery Road. 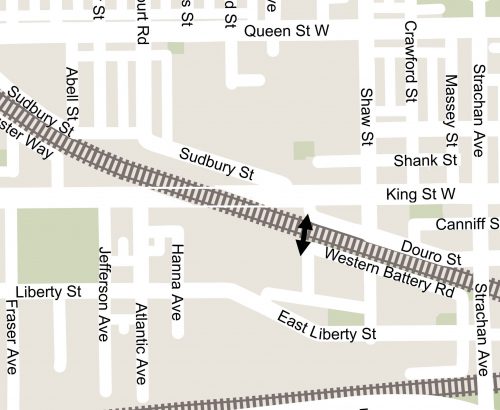 Staircases on either end of the bridge will provide access for both pedestrians and cyclists, and elevators are going to be installed by late summer to ensure that the bridge is fully accessible. 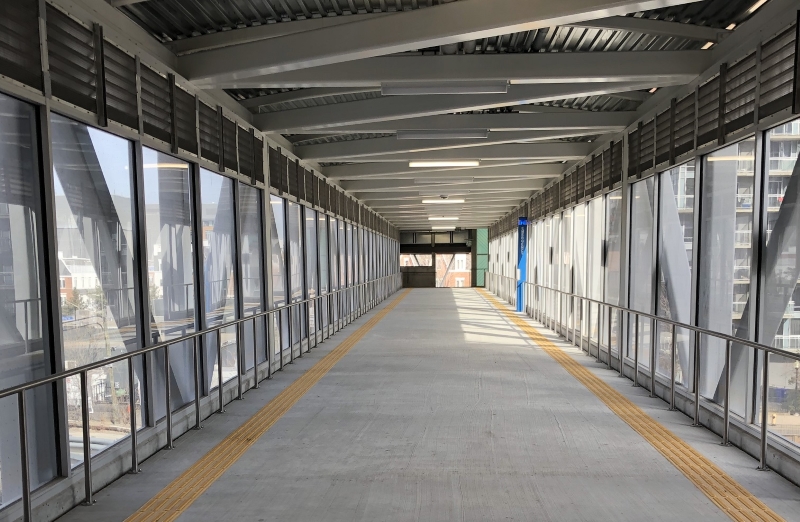 And the elevators won’t just be functional, they’ll be pretty too. Public art is expected to be included in the design in the glass of the elevator towers on both ends.

Even though the bridge will be open next week, construction crews will still be working on it, according to the City, so you can expect to see fences and signs around the bridge while they finish up. Crews will also carry out some landscaping and restoration work on the adjacent dog park later this year.

According to the City’s website, the bridge will have a number of security measures in place, including 24-hour illumination, emergency call buttons, open stairs for visibility, and closed-circuit cameras. 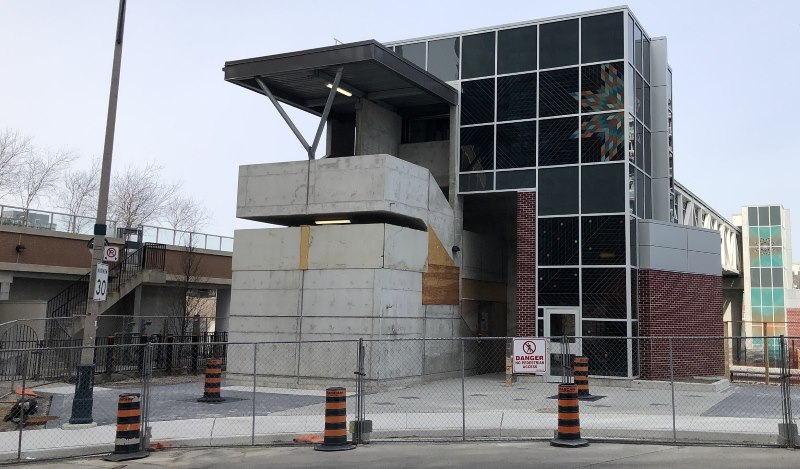 This pedestrian bridge has been in the works since 2011 when Toronto City Council endorsed its initial design and location. It was then added as part of the City’s Capital Works Program in 2018.

Now that it’s finally opening — at least partially — Torontonians will be able to cut some time off their treks between the two neighbourhoods.