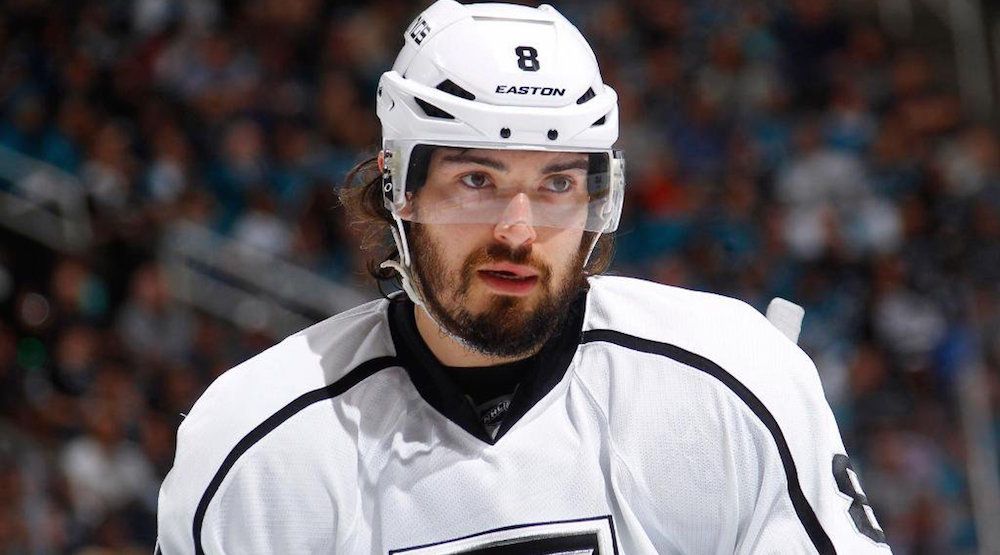 We’ve seen this story before.

It seems like every great player from Southern Ontario gets the “will he sign in Toronto?!” hype.

London, Ontario’s Drew Doughty was doing a media tour this week, and was quizzed about his interest in the Leafs.

The former Norris Trophy winner still has two years left on his contract, but at age 27, he might be interested in moving elsewhere if the LA Kings are still on the decline.

Doughty, who is one of the best quotes in the game, gave an interesting answer.

“If my team isn’t going in the right direction, then definitely yeah,” Doughty said about playing for a young team like the Maple Leafs in an interview with TSN’s Geno Reda.

“We would all want to play here,” Doughty said, of Southern Ontario players playing in Toronto on TSN 1050 radio. “Especially with the team, the way they’re getting better and stuff like that, but I think it always comes down to how hard it would be to live in a city being that big of a celebrity. I’m spoiled in L.A. where I walk anywhere I want and not one person’s going to recognize me.

“If, say I did for some reason play for the Leafs, I don’t know if I could get used to that or not. I think that’s the problem, why guys don’t sign here.”

The assumption many make is that players who grew up near Toronto would want to play for the Maple Leafs. Perhaps it’s a flawed assumption.

So you can see why a player like Doughty would be happy staying out of the spotlight. He can play in a city like LA, win Stanley Cups, and eat a hot dog from a vendor without somebody taking a picture and writing a story about it.

But one thing Doughty hasn’t considered, perhaps, is what winning a Cup would mean in Toronto compared to other places.

If you win a Stanley Cup in Toronto, the team’s first since 1967, you’ll walk on water. You’ll never have to buy a drink in the town ever again.

Not only would the parade and celebration dwarf anything you’ll see from a sunbelt city, you’ll live on forever.

Long after your career is over and you begin to crave the dimming spotlight, you’ll be the guy who brought the Cup back to Toronto. It’s like when you won in Los Angeles, only better.