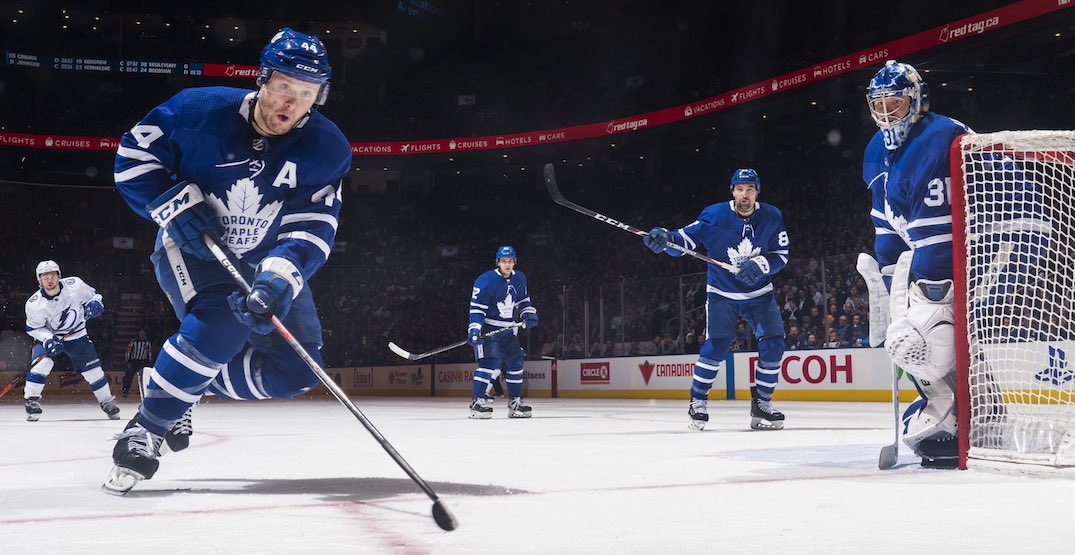 The NHL is reportedly looking at playing games in four hub cities this summer, with Toronto reportedly in consideration to host the Maple Leafs, as well as the seven other Atlantic Division teams.

Ontario hasn’t been as successful at stopping the spread of the virus as British Columbia and Alberta, whose premiers have also welcomed the idea of games being played in their respective provinces.

But Ford seemed open to the idea.

Asked how he could assure the thousands of additional tests required by NHL players, coaches, and staff wouldn’t negatively impact the rest of the population, Ford pointed out that testing is on the rise in the province.

Ford said while the province is below its target of 16,000 daily tests hasn’t been achieved, the current number is 15,000 and the next target will be 20,000, while acknowledging “there’s always a couple of bumps in the road.”

Speaking about both the Leafs and the Raptors, who announced plans to reopen their practice facility next week, Ford said he wouldn’t make exceptions for athletes.

“We have had conversations with them and it’s all based conditional on following the Chief Medical Officer’s protocol,” said Ford. “People that aren’t in the country right now, if they do come back, they’re going to have to be quarantined like everybody else for two weeks. I understand the Raptors, the NBA, and the NHL have super stringent restrictions and protocols in place.”

Ford also expressed optimism that games could be played safely, without fans in the stands.

“I think everyone wants to see a little bit of sports. If they’re doing it responsibly — I love watching any sports, whether it be the NHL or Raptors or the Blue Jays — but those rules will apply to all those teams. There isn’t going to be an exception.”