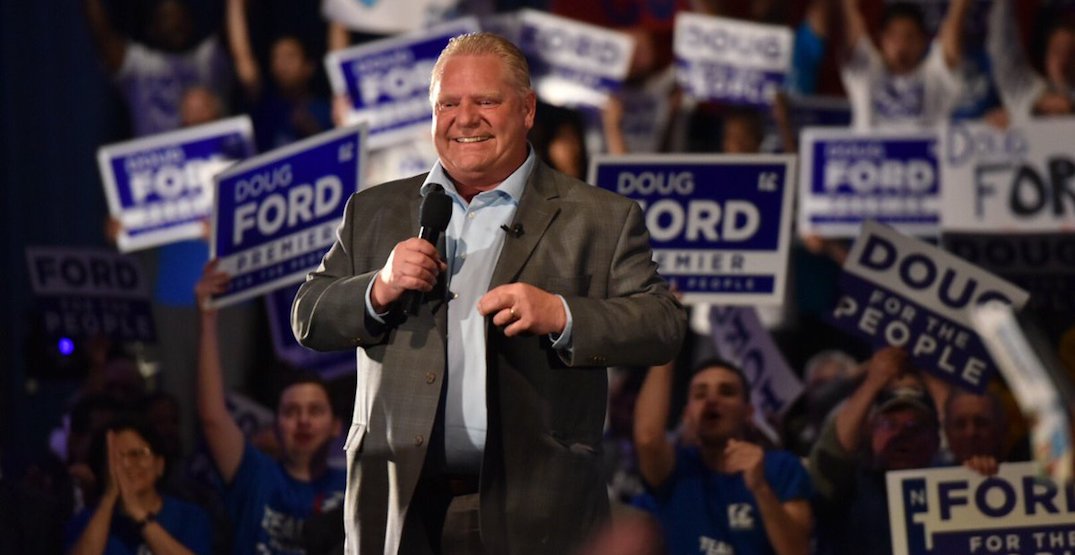 Premier-elect Doug Ford announced today that his government’s first act after swearing in will be to cancel Ontario’s current cap-and-trade scheme. Ford will also challenge the federal government’s current authority to impose a carbon tax on Ontario residents.

“I made a promise to the people that we would take immediate action to scrap the cap-and-trade carbon tax and bring their gas prices down,” said Ford in a statement. “Today, I want to confirm that as a first step to lowering taxes in Ontario, the carbon tax’s days are numbered.”

Ford also explained that he will withdraw Ontario from the joint agreement with Quebec and California’s cap-and-trade markets as well as the pro-carbon tax Western Climate Initiative.

He said he will instruct the incoming attorney general to use “all available resources” to challenge the federal government’s on imposing a carbon tax on Ontario families.

“Eliminating the carbon tax and cap-and-trade is the right thing to do and is a key component in our plan to bring your gas prices down by 10 cents per litre,” said Ford.

“It also sends a clear message that things are now different. No longer will Ontario’s government answer to insiders, special interests and elites. Instead, we will now have a government for the people. Help is here.”

Ontario’s current cap and trade program limits the amount of pollution a company is allowed to produce in the province. When a company will exceed these limits they can purchase allowances at auction.

Ford will be sworn in as premier later this month.