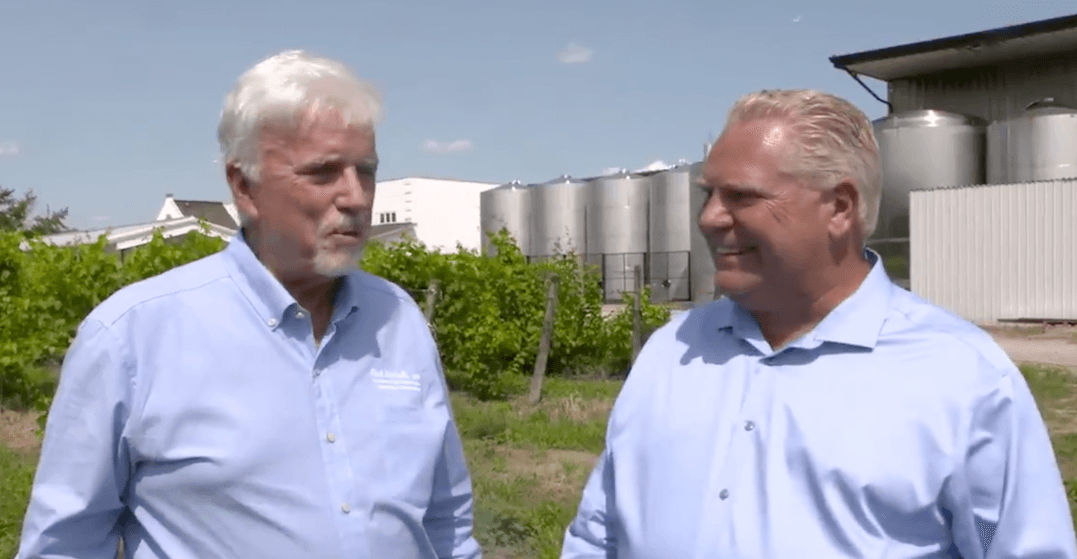 Doug Ford shared a video of his tour of Pelee Winery early this week, saying that the wine is great and will soon be landing in convenience stores across the province.

Shortly after the video was posted, information surfaced that Walter Schmoranz, the winery’s owner, has made two donations to the Conservative Party this year.

After the video was posted online, the Twitter-sphere erupted. From comments about where the government could spend money besides on the expansion of booze sales to straight-up calls to boycott Pelee Winery, the responses were vast.

Great Ontario wines like @PeleeWinery will be coming to convenience stores near you! pic.twitter.com/Sa5LDWel3M

Here’s a look at some of the replies to the video:

I’d much rather that money you threw away being spent on education and ASD therapies, and mental health, and healthcare…anything that is a priority over booze

Shame @Peleewinery I used to love. I will not buy their products when promoted by Slug Ford, nor do I agree with them donating to him either.

If @Peleewinery supports #FraudNation I won’t be buying their products at all – let alone in convenience stores.

Buck a beer, Pelee wine in convenience stores… your list of accomplishments keeps growing but they’re not what matters to Ontarians

Can you say #conflict #BoycottPeleeWinery

What a waste of taxpayers money.

It seems like all you ever think about is alcohol.