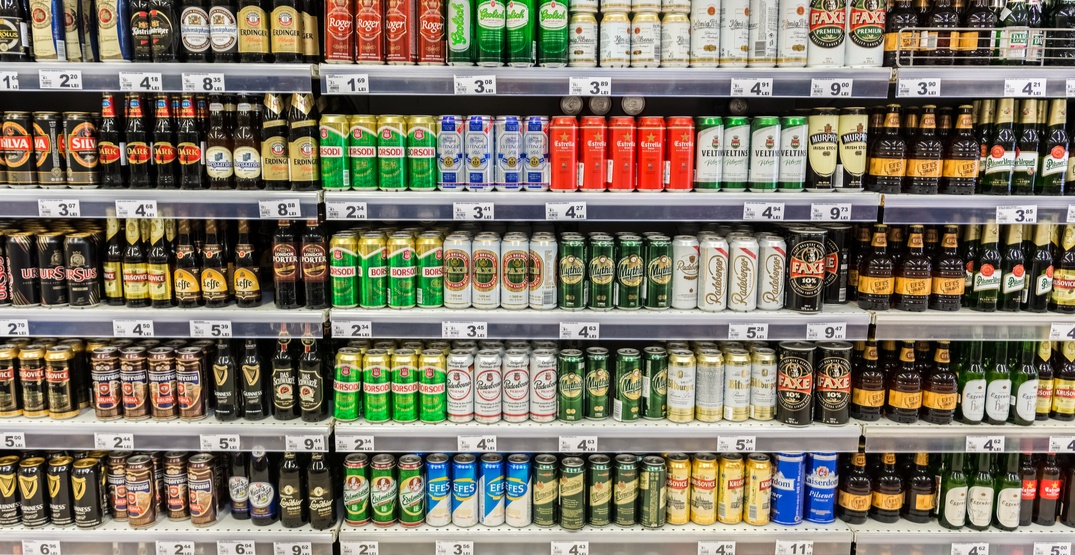 Torontonians are about to have way more access to grocery-store booze across the city.

Because the LCBO has announced that they’ll be expanding their Grocery Program with 87 new authorizations. This will bring the total number of grocers eligible to sell beer, cider, and sometimes wine to 450 across Ontario.

The expansion of the Grocery Program comes along with the LCBO’s announcement that they’ll also be authorizing 200 new LCBO Convenience Outlets (formerly called LCBO Agency Stores) over the next year.

“This is an exciting time at the LCBO as we roll out a wide-reaching expansion to better serve Ontarians,” said George Soleas, president and CEO of the LCBO, in a release.

“Our customers are at the heart of everything we do and extending retail access to beverage alcohol products to new communities and additional grocery partnerships will significantly increase access and convenience for consumers across the entire province.”

In order for grocers to participate in the expansion, the LCBO has released a Request for Entries online. After completing the RFE, eligible grocers will be selected through a lottery process.

Successful grocers will then apply to the Alcohol and Gaming Commission of Ontario for an authorization and enter into a wholesale supply agreement with the LCBO.

The deadline for submissions is June 20.

David Clement, Toronto-based North American Affairs Manager of the Consumer Choice Center (CCC), said that the announcement is a step in the right direction.

“The move helps underserved regions, while maxing out the amount of grocery stores allowed under the Master Framework Agreement (MFA). It is positive to see these changes while the province undergoes the process of scrapping the MFA and allowing for alcohol sales in convenience stores,” Clement said.

Alongside the expansion of the LCBO’s Grocery Program and Convenience Outlet locations, the Ontario Government has passed legislation to terminate its contract with the Beer Store.