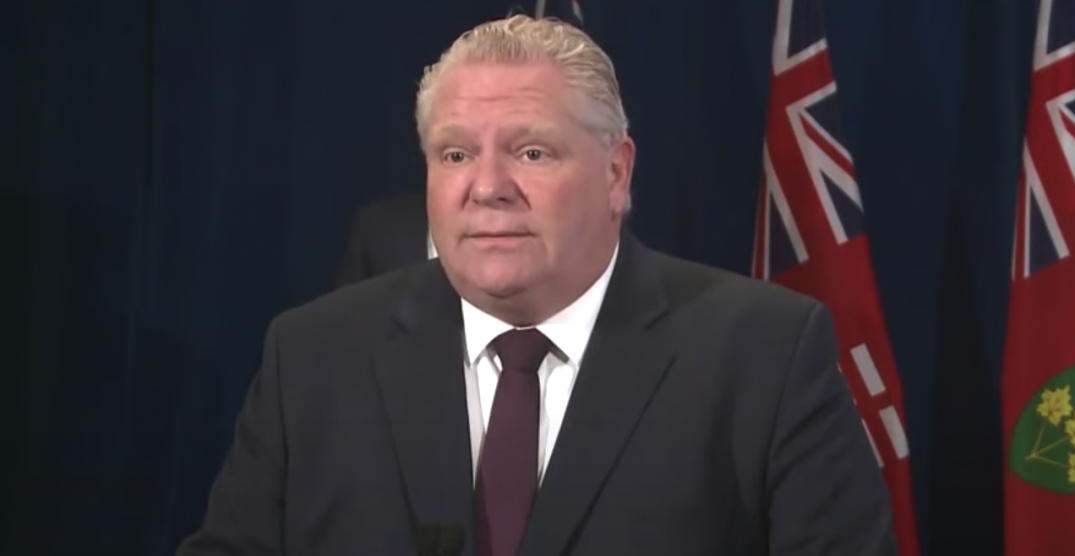 The Province of Ontario will be making an announcement on Monday that may offer more insights into the Ford government’s plans for the future.

Premier Doug Ford will be joined at Queen’s Park by Deputy Premier and Minister of Health Christine Elliott, as well as Minister of Finance Rod Phillips, Minister of Municipal Affairs and Housing Steve Clark, and Minister of Transportation Caroline Mulroney at 1 pm, according to a release.

The meeting comes after Ford revealed that Toronto and Peel region would be delaying their Stage 3 reopenings further.

“The health officials have asked for a little more time to analyze the numbers, and as I’ve always said, we can’t rush this,” Ford said on Friday.

On Friday, Durham, Halton, Hamilton, Niagara, Haldimand-Norfolk, Sarnia-Lambton, and York regions joined the 24 other regions that entered the third and final stage on July 17.

And, groups of 50 can congregate indoors and 100 can meet outdoors.