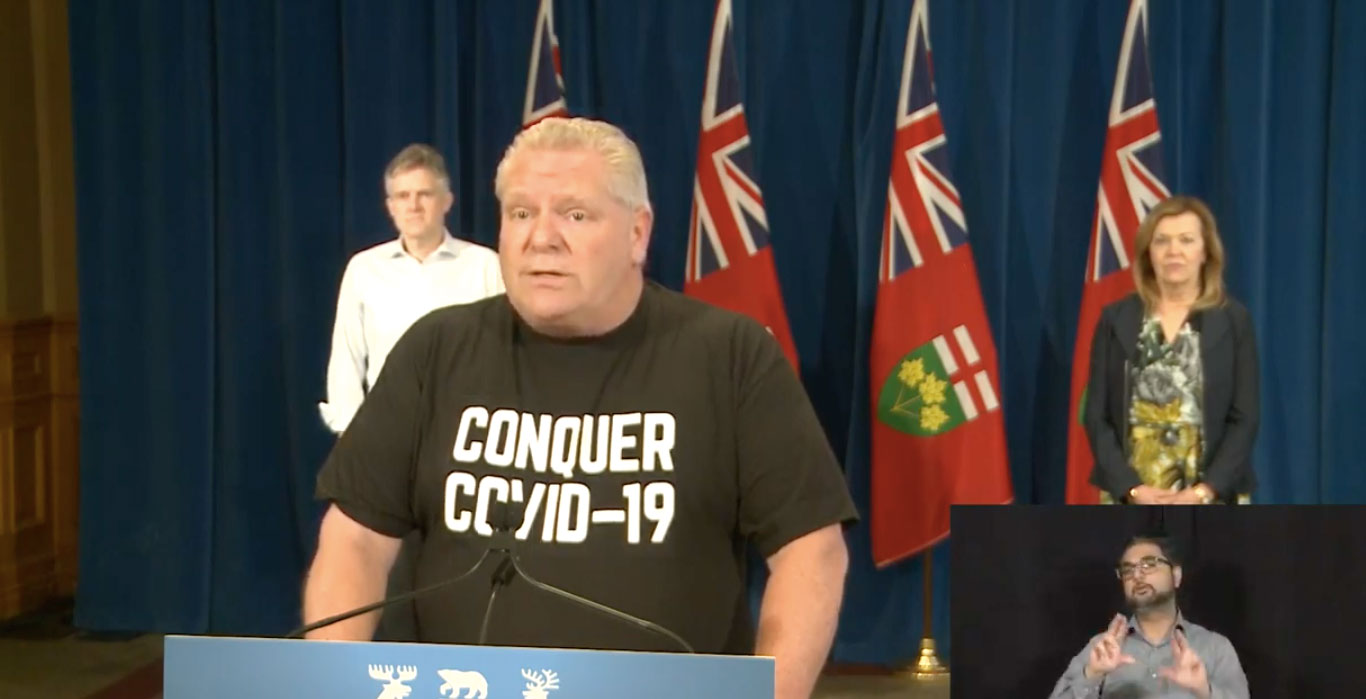 Ontario Premier Doug Ford announced the province has purchased $90 million worth of much-needed medical supplies from local businesses that have converted their facilities to produce personal protective equipment.

At a press conference on Saturday, Ford said more than 14,000 businesses submitted applications to the Ontario Together portal that asks citizens and businesses to donate or produce to supplied to help stop the spread of COVID-19.

“At a time when this equipment is in short supply all around the world, we can’t count on other countries,” Ford said. “But we can count on each other.”

The province will distribute the PPE they’ve acquired to frontline healthcare workers. So far, the government has procured the following locally:

“These are private citizens stepping up to get desperately needed equipment to the men and women on our front lines,” Ford said.

He ended his remarks by saying he’s “so proud of everyone for doing the right thing” by staying home over the long weekend.

Later, Ford and Health Minister Christine Elliott faced questions from reporters about working conditions for personal support workers (PSW’s) at long-term care facilities in the province. They have not yet mandated PSWs only work at one home, as BC has, and also do not plan to raise pay for PSWs, despite long-term care homes reportedly facing staff shortages.