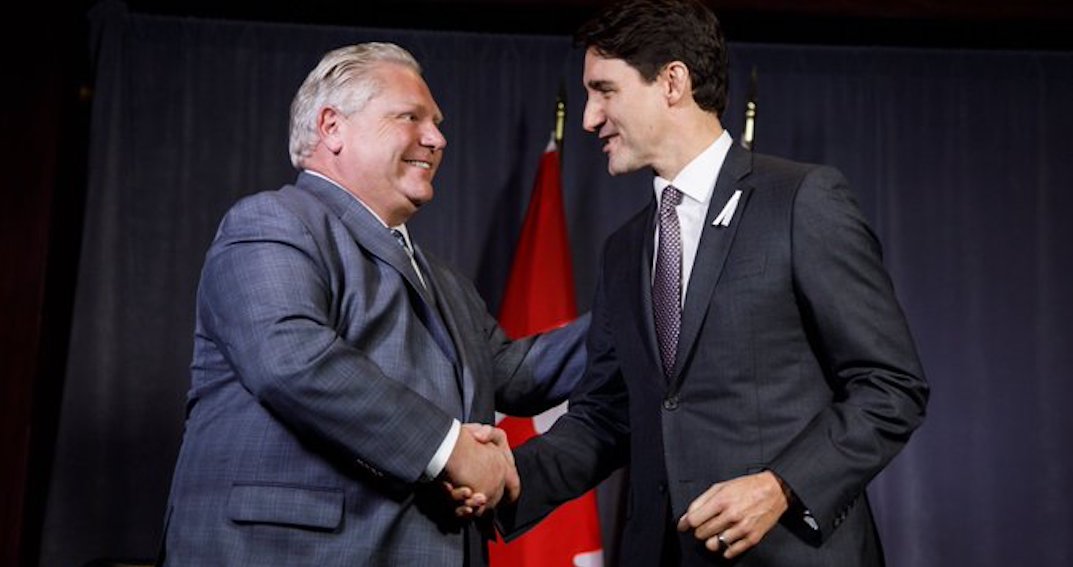 In the wake of Justin Trudeau being re-elected as the Prime Minister of Canada, Premier Doug Ford says he looks forward to working with the Liberal government.

On Tuesday morning, Ford congratulated both Trudeau on his victory and all the federal leaders for a “hard fought campaign.”

“We stand ready to work with the federal government on important shared priorities, including building critical infrastructure for the future, breaking down barriers to trade, ensuring better access to mental health services, and investing in health care, education and other vital public services,” said Ford.

Our government looks forward to working with the Prime Minister, and with all federal parties, to build better public services and make life more affordable and prosperous for Ontarians and all Canadians.https://t.co/uJqYaYEn0c

Ford also praised Trudeau’s commitment to helping fund the provincial government’s planned “Ontario Line” subway project that is said to cost $10.9 billion to build and is expected to be completed by 2027, which is two years sooner than the accelerated Relief Line South.

But despite Ford’s support, the federal election results may show a rejection of the provincial government’s policies.

The federal Tories only earned about a third of the popular vote in Ontario after the Liberals ran a campaign that put the spotlight on Ford’s policies, according to Warren (Smokey) Thomas, president of the Ontario Public Service Employees Union (OPSEU).

“Ontarians sent a clear message to the federal Conservatives that they don’t want a government in Ottawa that supports Ford’s policies.”

Particularly noteworthy was the strong Liberal showing in the ridings in the Greater Toronto Area, as the Grits won the riding that Ford holds provincially, Thomas noted.

“Ontario voters have given a thumbs down the man who brought us buck-a-beer, the minister of mean’s attack on children with autism, privatized cannabis sales, and poorly thought out health care restructuring,” said Thomas.

“The election results show the provincial Conservatives had better change their ways starting with their leader,” said Thomas. “Time flies in politics and if the provincial Tories don’t pay heed to public sentiment, they’d better update their resumes for life after this gig.”