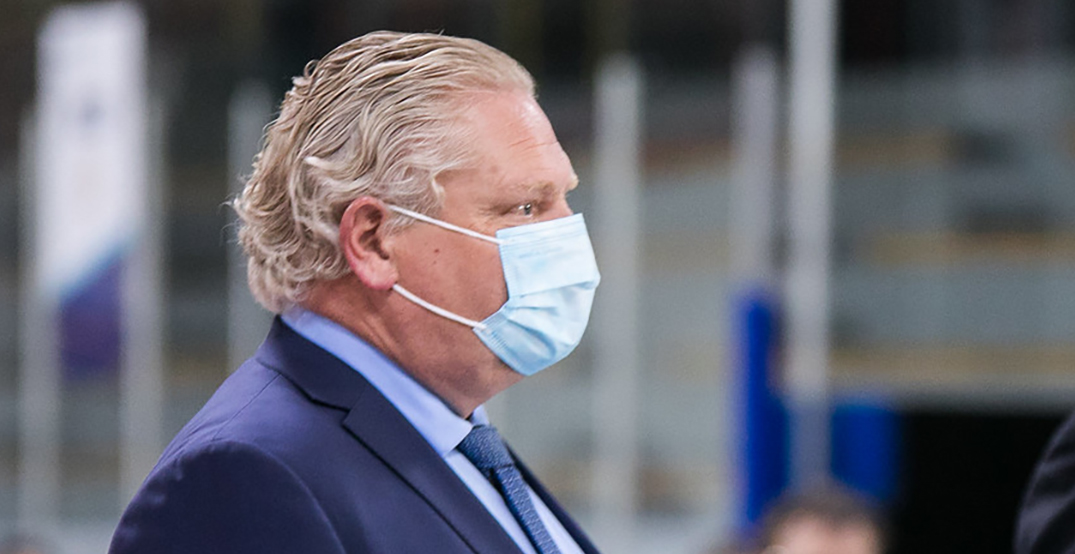 Ontario Premier Doug Ford will make an announcement on Wednesday at 10 am.

He will be joined at the press conference by Minister of Health Christine Elliott.

The announcement comes after Ontario’s chief medical officer of health said he would be presenting the government with enhanced COVID-19 strategies this week. Dr. Kieran Moore said that these plans would include expanding third COVID-19 vaccine dose eligibility.

This week, Elliott confirmed the third dose rollout when she spoke to reporters at Queen’s Park on Monday.

COVID-19 cases have been on the rise in the province, and on Tuesday, Ontario reported its 10,000 death from the disease.

The province has reported a total of four Omicron variant cases in the province. Two additional suspected cases are being investigated, while another 375 individuals are being monitored after recent travel.

Ontario’s COVID-19 Science Advisory Table released a new report on Tuesday that suggested that Ontario’s ICUs won’t have the capacity for another surge of admissions. The Science Table said that new mitigation measures are needed to avoid overwhelming Ontario hospitals.