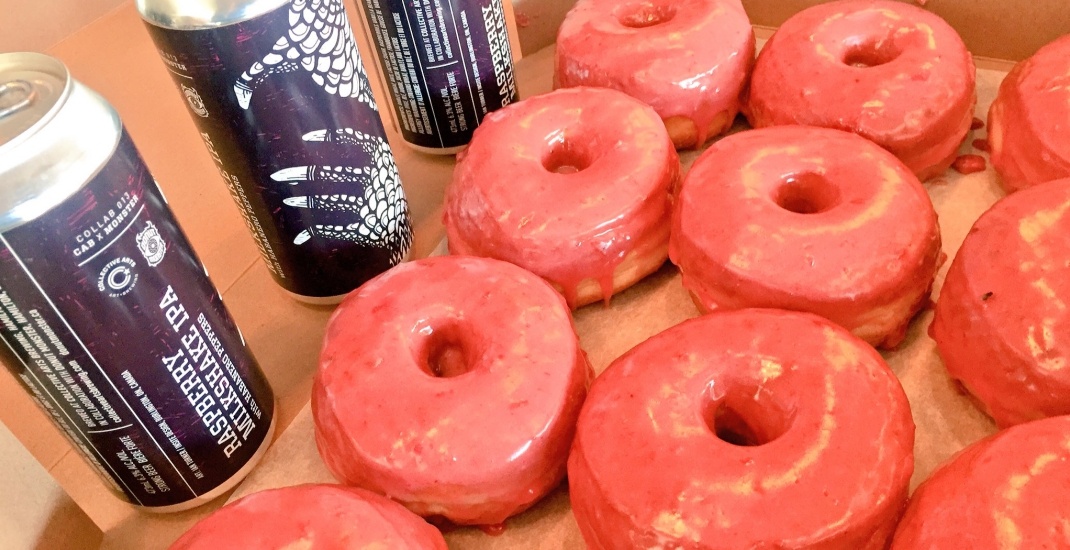 Do you like donuts? What about beer? Then you’ll love this ultra-Canadian collaboration.

Hamilton-based businesses Donut Monster and Collective Arts Brewing have partnered to bring you a donut-inspired beer!

The pair joined forces to make just a single batch — that’s approximately 150 cases (with a few remaining going to select bars and restaurants including Toronto’s Duke’s Refresher, Otto’s Bierhalle, and Wenona Craft Beer Lodge as well as Hamilton’s The Mule, The Brain, The Ship, and Brux House)— to be sold from the Collective Arts retail store in Hamilton and online.

The beer–featuring cans designed by Ian Turner with art direction by Insite Design, reflect some of the features you’ll see inside the donut shop–is being sold in 4-packs for $19.95. 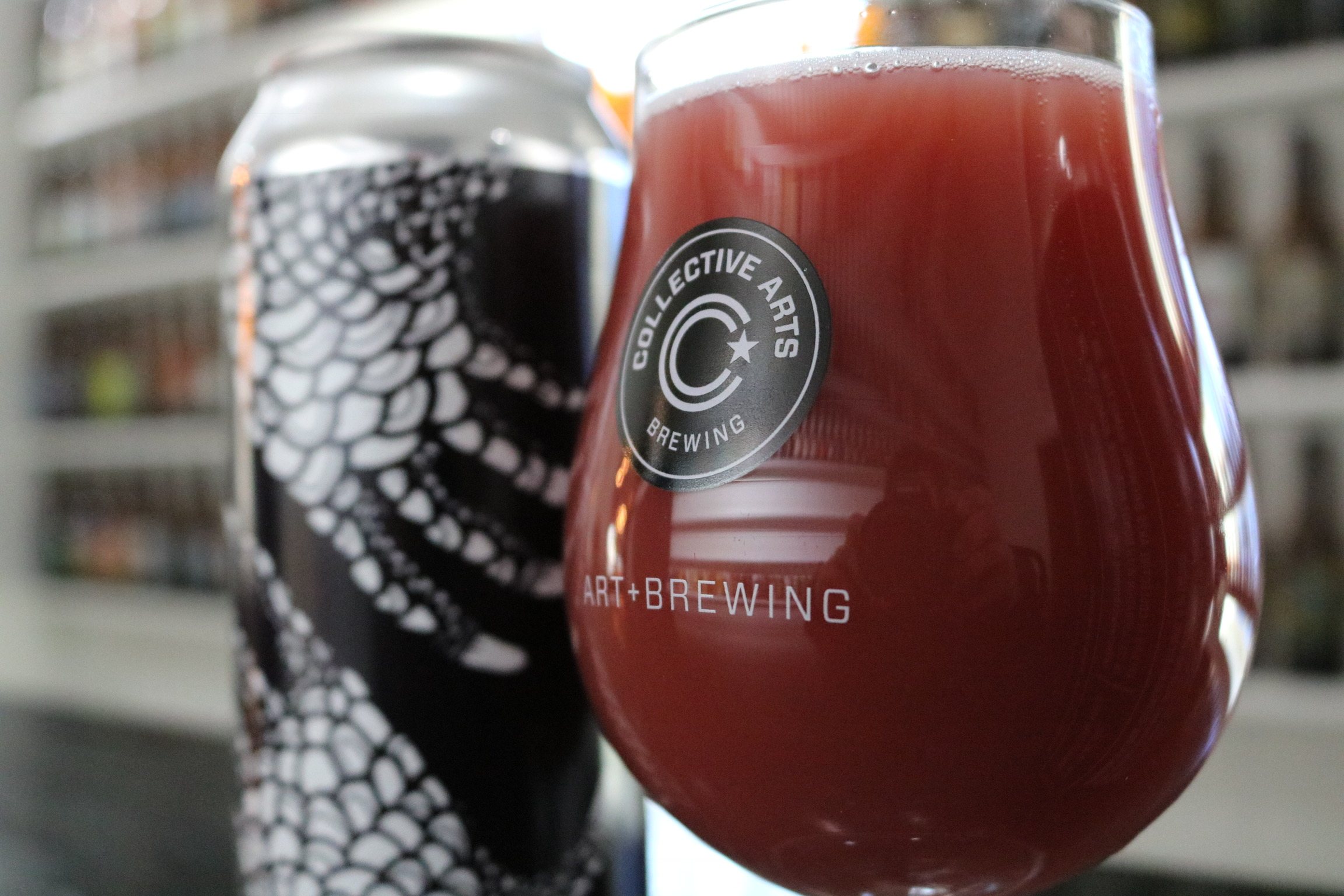 What does a donut-inspired beer taste like? “Raspberry character dominates, with fruit forward hops, lactose and vanilla sweetness to give it the milkshake character. The Habanero gives a finishing kick of heat!” says brewmaster, Morrow.

“Making this one a milkshake IPA seemed perfect for a few reasons. Reuben and his shop will be offering milkshakes as part of their operation, so this is an ode to that. We’ve never made one before and using a donut-inspired beer for our first seems really appropriate.”

Donut Monster’s seasonally-inspired, from-scratch donuts are a legendary confection in the city just 45 minutes from Toronto. For two years, they have been delivering freshly made donuts to over 20 local businesses on Thursday, Friday, and Saturday mornings.

While independent cafes and retailers will continue to carry the holey baked goods, donut monsters can get their fill of the tasty creations seven days a week from the flagship store (246 Locke Street South) offering a rotating selection of ten to 15 donut flavours in addition to brewed and espresso-based coffee and creamy milkshakes.

They expect to organize some interesting beer and donut pairing events in the near future too.