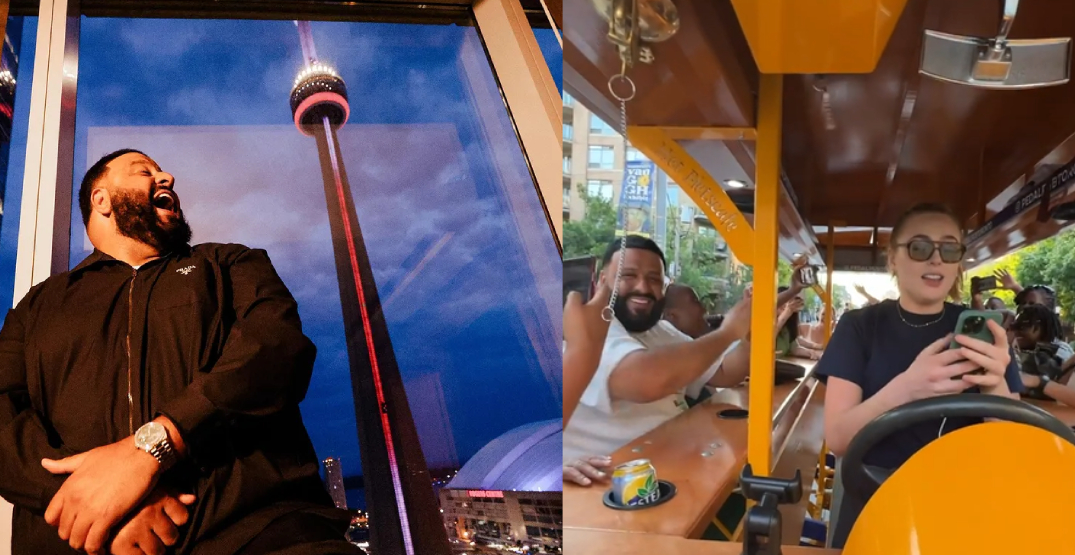 Bless up! DJ Khaled has landed in Toronto and he has nothing but good things to say about the city and its people.

The DJ arrived in Toronto Sunday, July 24 via his private jet, of course.

Just like a 20-year-old influencer on a sprint across Europe, DJ Khaled has been sharing every single detail on social media.

Everyone took out their phones to take videos and selfies with the DJ as Kesha’s “Timber” blasted through the speakers.

After that rowdy jaunt, it was off to Pat’s Homestyle Jamaican at 558 Queen Street West where the DJ stopped by for some curry goat.

In one of the videos DJ Khaled posted, he says his driver recommended this spot after asking him what’s the best place to get Jamaican food. “Curry goat good here,” he says in between bites.

There’s no word how long DJ Khaled is staying in Toronto for. Fingers crossed for a run-in with Drake and Adam Sandler this week.