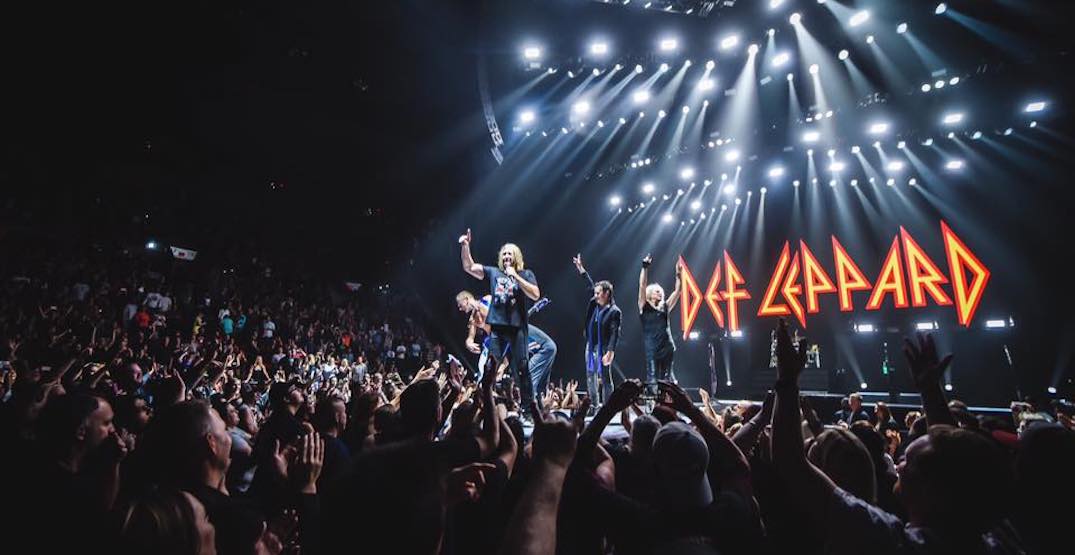 Hope you didn’t stop believing, because Def Leppard and Journey are teaming up for a massive co-headlining tour that stops in Toronto this summer.

Promising to be the “Tour of the Year,” two of the world’s legendary rock bands will be hitting stadiums and arenas across North America with a stop at Rogers Centre on June 1.

The 58-city tour will feature complete sets and all-new production from both bands, who really need no introduction.

Since Journey’s formation back in 1973, the band has earned 19 top 40 singles and 25 Gold and Platinum albums and has sold nearly 100 million albums globally. Chances are you’ve definitely sang along to one of their hits, such as “Any Way You Want It,” “Wheel In The Sky,” “Separate Ways,” “Who’s Crying Now,” and the seminal “Don’t Stop Believin.”

And with more than 100 million albums sold worldwide and two prestigious Diamond Awards in the U.S., Def Leppard continue to be one of the most important forces in rock music.

So get ready to rock, and sing.

It’s officially #DefLeppardDay! For the first time EVER stream & download our entire catalog globally.. AND we’re hitting the road with Journey in North America this May.. AND playing Hysteria in its entirety on tour in the UK! It’s gonna be a great year https://t.co/ZYjhEkXDnt pic.twitter.com/utwts3FRL3