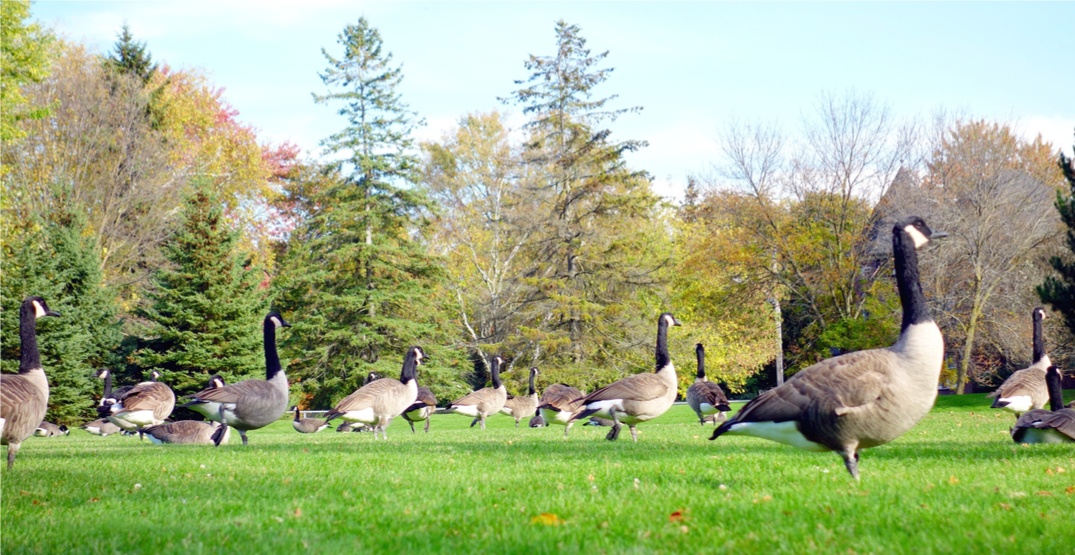 According to Toronto Police, on June 11 at 6:20 am, approximately 14 dead geese were found on Clayson Road, an industrial area just north of Bator Road and the 400 highway.

The injuries to the birds included decapitation, tearing of the wings and legs, and snapped necks. TPS says the injuries do not appear to be consistent with an animal attack, as carcasses were intact.

PETA says that one goose who had managed to survive the attack was treated for two broken ribs and a puncture wound at the Toronto Wildlife Centre.

“Because the corpses were intact apart from the mutilations, authorities believe that a human is responsible for the killings,” PETA said in a release.

PETA announced on Friday that it’s offering a reward of up to $5,000 for information leading to the arrest and conviction for cruelty to animals of the person or persons responsible.

After hearing about PETA’s $5,000 reward offer, Toronto resident Oloun Polda offered to double PETA’s reward. The reward is now $10,000 for information leading to the arrest and conviction for cruelty to animals of the person(s) responsible for decapitating and mutilating the geese.

Police and the Canadian Wildlife Enforcement are conducting a joint investigation to identify the person(s) responsible.