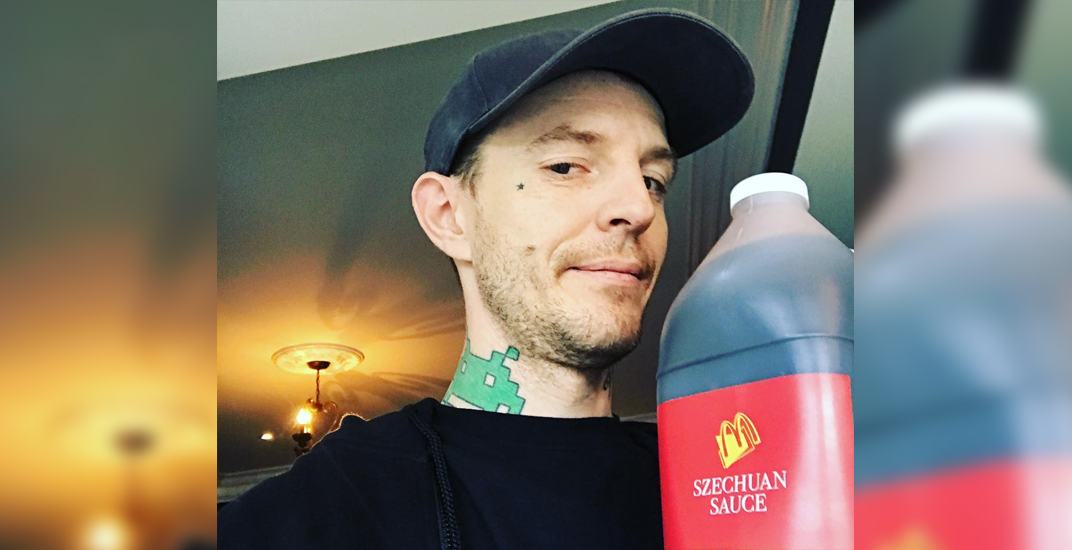 By now you’ve probably seen videos of the chaos caused by McDonald’s single-day promotion that saw Rick and Morty fans descend upon fast food outlets across America for a taste of Szechuan dipping sauce.

The one-day, very limited run has resulted in chanting/rioting, floor-licking, and insane e-bay mark-ups (a single packet for $249.99 anyone?)

While Canada has been spared for now (the fast food giant has since announced on Twitter that Szechuan will be back in stores for an extended run this winter), some Torontonians were lucky enough to get a taste over the weekend thanks to deadmau5.

The DJ unboxed a $15,000 jug of the infamous sauce on stage at his show at Rebel in Toronto over the weekend and treated club-goers to individually packed McNuggets and taste of the frenzy-inducing sauce.

When @deadmau5 shares his 15k worth of @mcdonalds Szechuan sauce with all of @rebeltoronto Thanks Joel! It only took 3 seasons and we completed the arc! 😂 @rickandmorty @getschwift #szechuansauce #thanksgiving

“Enough to feed the whole fucking club…” says deadmau5, real name Joel Thomas Zimmerman, in a video posted to Instagram as he raises the jug over his head to roaring crowds.

The thirst was real.