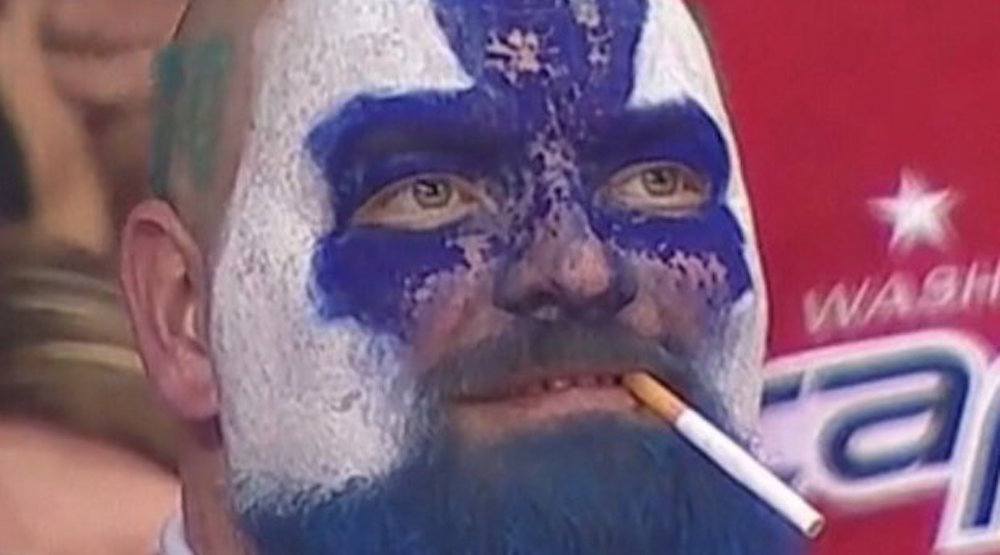 While the Leafs might now be out of playoff contention, there’s at least one member of Leafs Nation that’s about to see this season pay off. 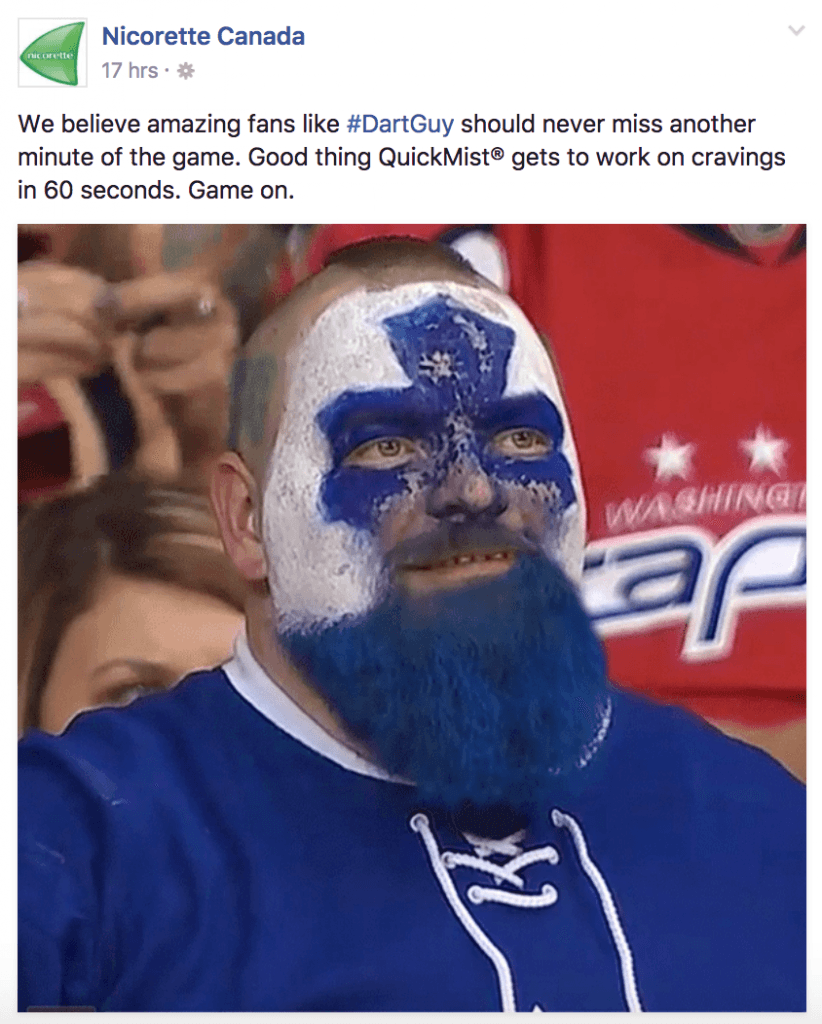 The Toronto Maple Leafs super fan and Sudbury native became a social media star when his image was shown on television during the broadcast of Game 2 in Washington.

With the Toronto team now out of the playoffs following their defeat to the Capitals on Sunday night, #DartGuy’s 15 minutes of fame are probably up, but first, Maskalow has given his blessing to the savvy marketing people from Nicorette to use his image as the poster child for anti-smoking.