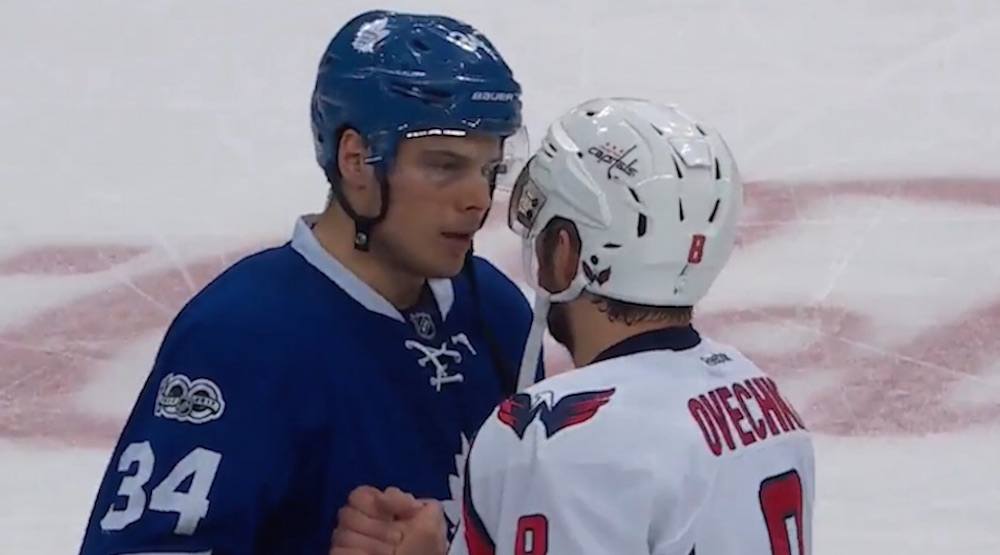 What a wild game.

What a wild season.

At the start of the year, who saw the Toronto Maple Leafs going toe-to-toe with the President’s Trophy winner in the playoffs?

It was a season of exceeding expectations for the Leafs, but that’s a story for another day.

Here’s how Game 6 of the series went down.

While Game 5 was low scoring due to the tight checking style of play, Game 6 was simply a goalie battle.

It was Holtby with 28 saves to Andersen’s 21 after two periods, and many of those came on quality chances off the rush. Still, it was goose eggs for both sides heading into the third.

With the game scoreless in the third, the Leafs needed someone other than their goaltender to step up.

A fortunate bounce off the stanchion came right to the tape of No. 34, and he made no mistake for his fourth goal of the playoffs.

Then the ACC went nuts.

But with 12 minutes to go, the Capitals still had plenty of time to push back. That’s exactly what happened.

Andersen weathered the storm at first, including a monster glove save on TJ Oshie, but the Capitals wouldn’t be denied.

It wasn’t pretty, but Marcus Johansson tied it on a shot that hit off the post, off the back of Andersen, and in. Game tied.

Both teams had some opportunities to get the equalizer in the final minutes, but it wouldn’t end there. That’s not how this series works. They settle things in overtime.

A crazy night comes to a crazy OT finish.

The @Capitals are moving on. #StanleyCup pic.twitter.com/UFk8ixZUqI

Every Maple Leafs playoff run for 14 straight years has ended in an overtime loss. That feels like it's probably a record.

The Leafs outshot the Capitals 38-36, outhit them 45-38, and won 64% of the face-offs, but ultimately came up short in a heartbreaking loss.

Still, this season, and even this series, have to be viewed as a success by fans.

This young team took the league by storm this year, and they’re only gonna get better.

The future is now.