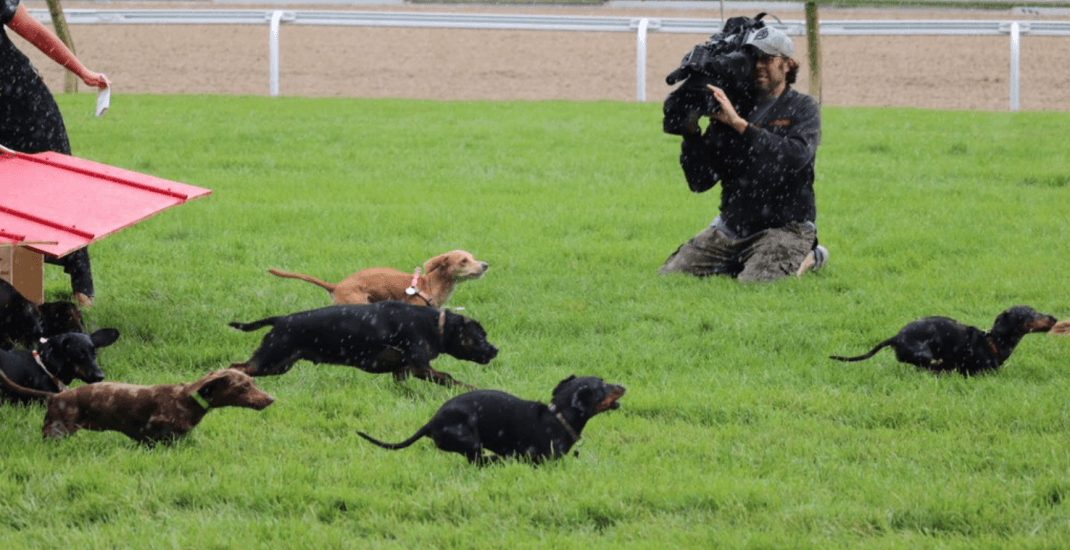 While only one dachshund won the championship title and a $500 grand prize, in this ultra cute race everyone was a wiener.

Checking out the competition in the paddock for the #BetWoodbineTB inaugural Dachshund Derby. Championship race is coming up! pic.twitter.com/mUHTT8nG9d

Darwin Banach gets loving from Willis winner of the second leg of the Dashshund Derby with girlfriend Ericka and son Kody @WoodbineTB. Willis was coming off a recent win in the Derby held @Forterieracing ! pic.twitter.com/HjcGkK7foC