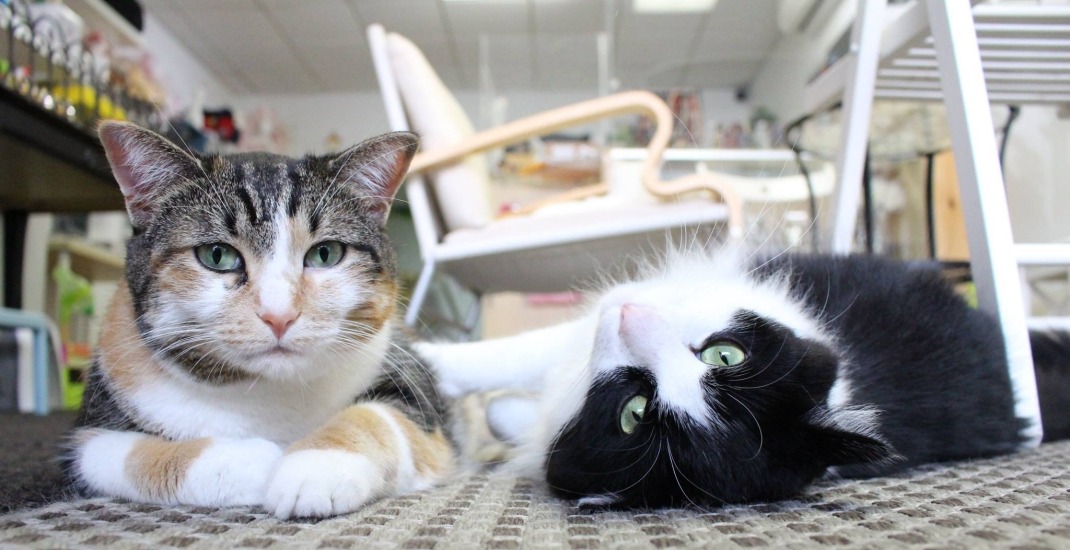 Toronto’s Meow Cat Cafe intends to reopen weeks after the establishment was called out for denying service to patrons in wheelchairs.

In a post on Facebook, the cafe addresses some of the questions posed to the business during the backlash.

While the post opens with an apology, the cafe maintains that wheelchairs pose a risk to cats. Speaking for all of cat-kind, the cafe writes that, “cats can be less prone to injury if they are used to people’s wheels since they were young. But our cats are new to such things and have already been hurt before by [a] customer’s walker. Please refrain from judging that other cats will also be absolutely fine because your cats have not had any problems so far.

“Sorry, but we have no reason to test how agile our cats are.”

The cafe props up the owner’s own wheelchair-bound grandmother as proof that discrimination doesn’t exist, before once again appealing for sympathy by showcasing the plight of one of the cafe’s furry residents.

According to the post, one white, deaf, nearly blind cat “used the be hit by people’s feet, be pushed hard against the opening door, get her feet stuck by the closing door, be hit by the toys, and get shocked seriously a lot when people touch her at [sic] the back.”

It’s almost enough to make you think that using cats for the entertainment of humans isn’t a good idea. The cafe owner’s note suggests they agree but it is still the foundation of their business.

“Please protect the cats. The cats should not be sacrificed for human amusement,” reads the post in closing before asking valued customers for a second chance.

Read the full notice posted below: 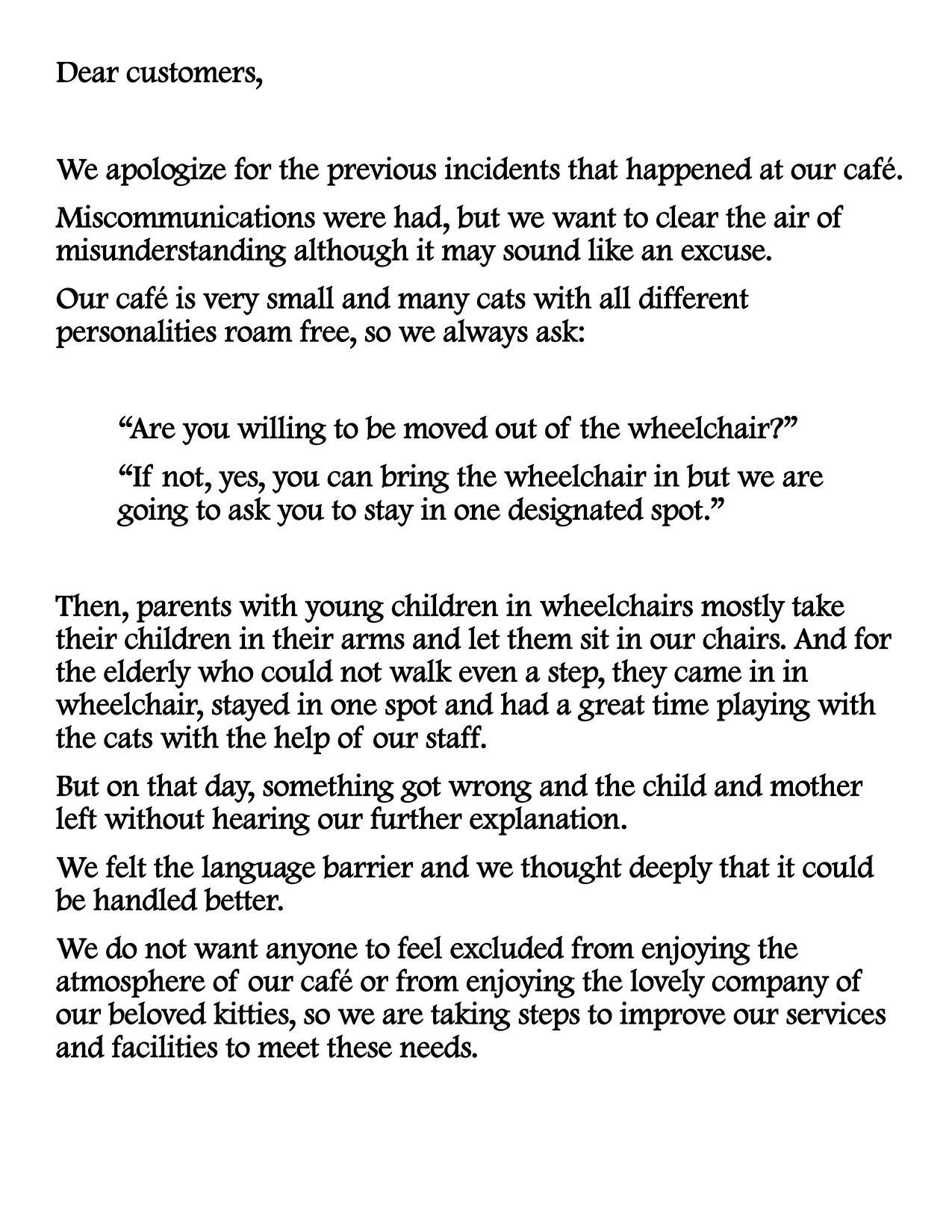 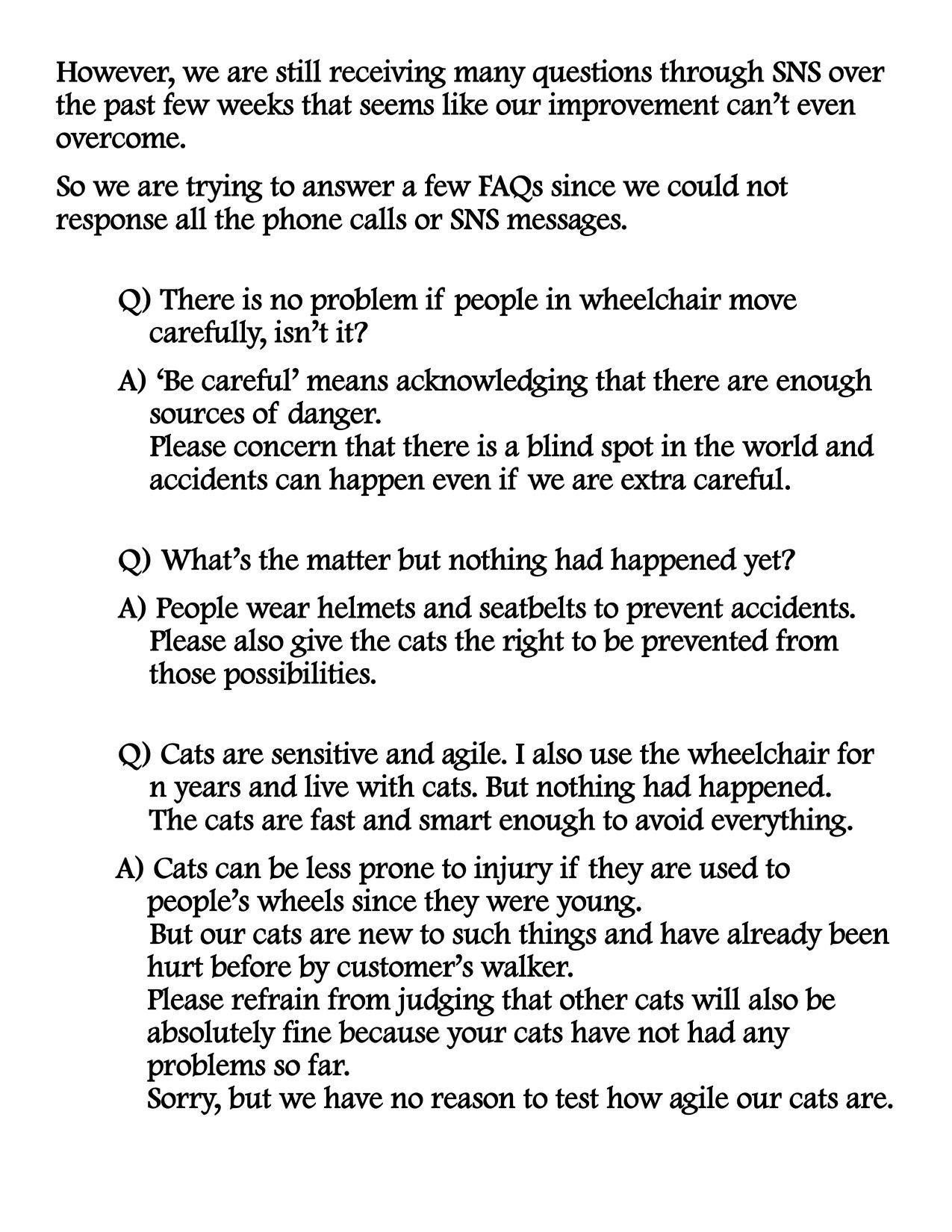 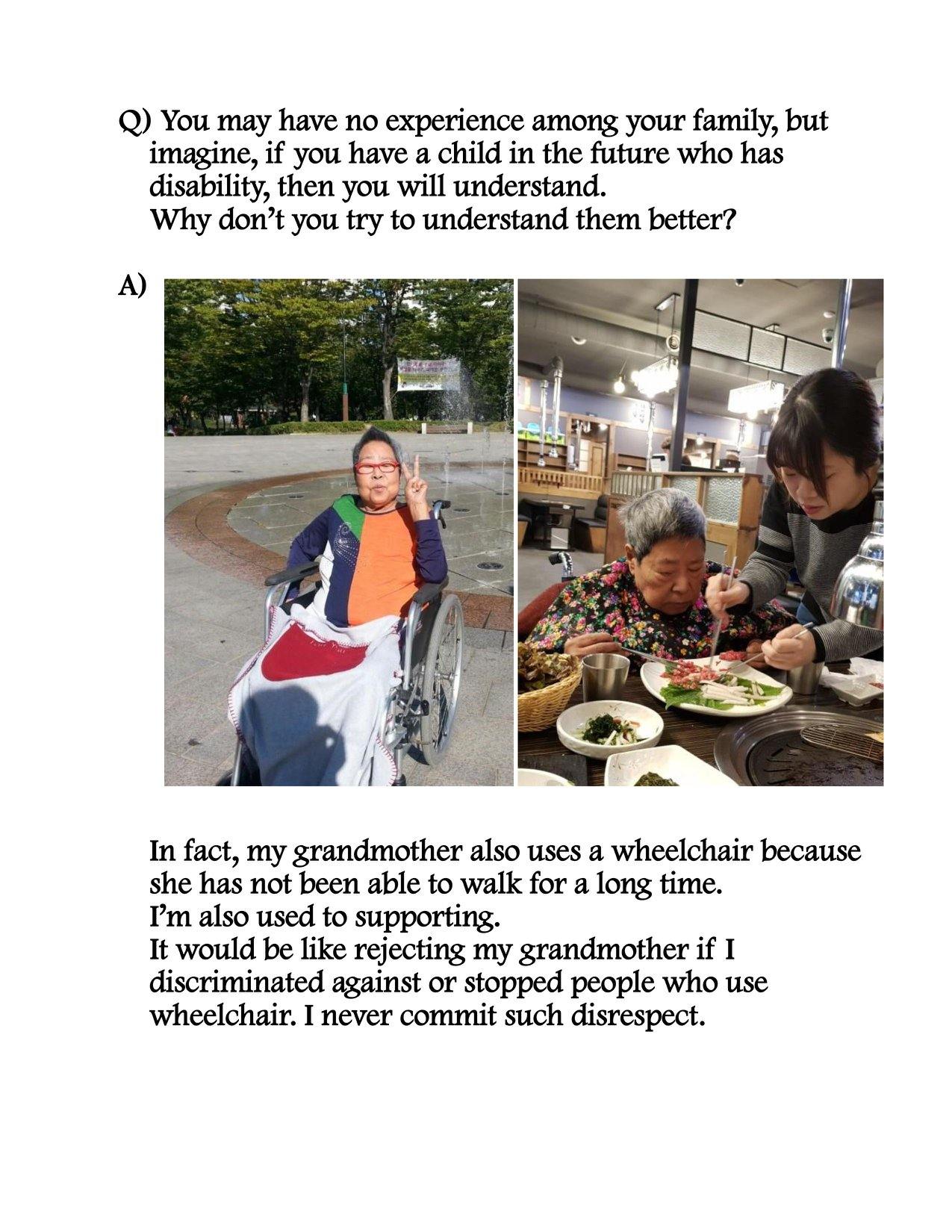 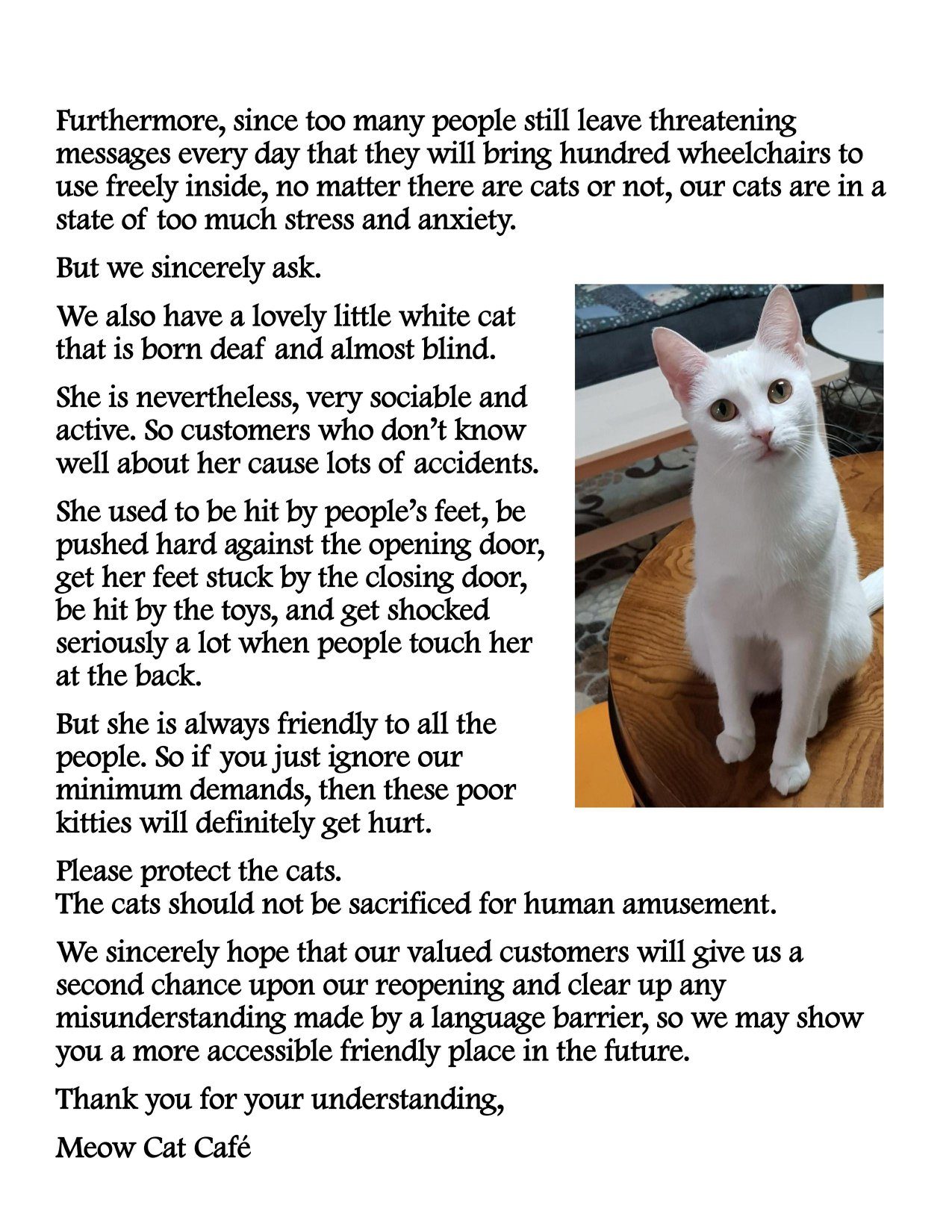