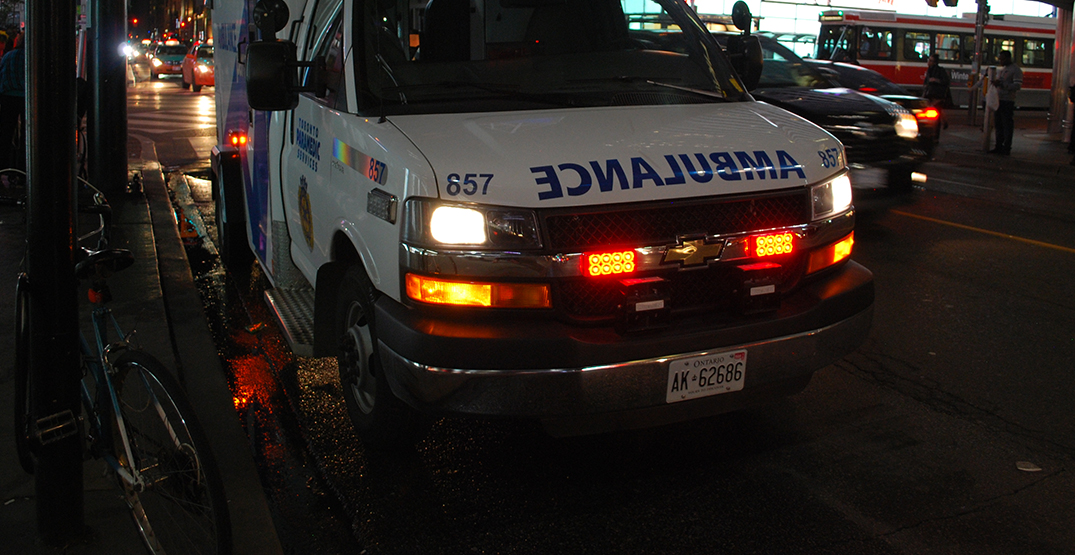 A Toronto cyclist was killed Wednesday evening after a collision involving a car near Dufferin Mall.

Toronto police say the collision happened around 6:30 pm at Dufferin Street and Sylvan Avenue, the woman on her bike died of her injuries.

The driver stayed at the scene and is cooperating with the investigation, police added.

Dufferin Street remains closed while police gather evidence, and they’re asking anyone who saw what happened or who has dashcam footage to contact traffic services at 416-808-1900.

COLLISION: UPDATE
Dufferin St + Sylvan Av
– police are on scene investigating
– a woman has succumbed to her injuries
– the driver of the vehicle has remained on scene
– anyone with information, dash cam footage contact 416-808-1900#GO2279200
^lb