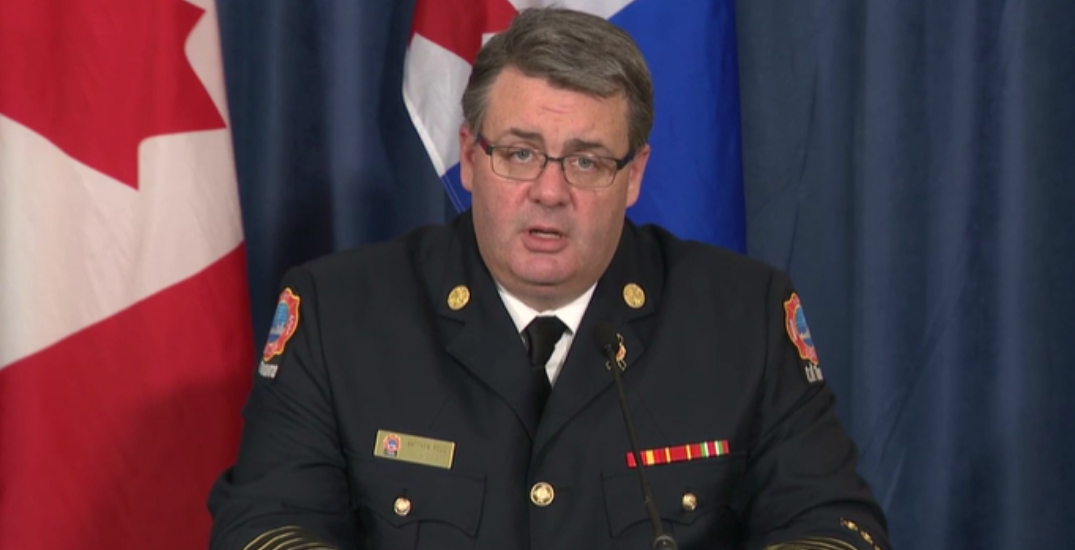 Multiple people have been arrested and charged after an anti-mask protest was held in downtown Toronto over the weekend.

At a COVID-19 briefing on February 22, Fire Chief Matthew Pegg said that Toronto Police officers responded to a protest at Queen’s Park.

Pegg, who is also the General Manager of the Office of Emergency Management, said that three charges were laid under the emergency management and civil protection act.

Another three charges were laid under the criminal code. Pegg did not clarify how many people were facing charges in relation to the protest, but he noted that two people had been arrested.

Toronto is under Stay at Home orders until at least March 8.

The orders, which have been in place since January 14, restrict outdoor gatherings to no more than five people.

Pegg said COVID-19 enforcement officers also laid one charge against the owner and operator of a bar and 33 charges related to large gatherings over the weekend.