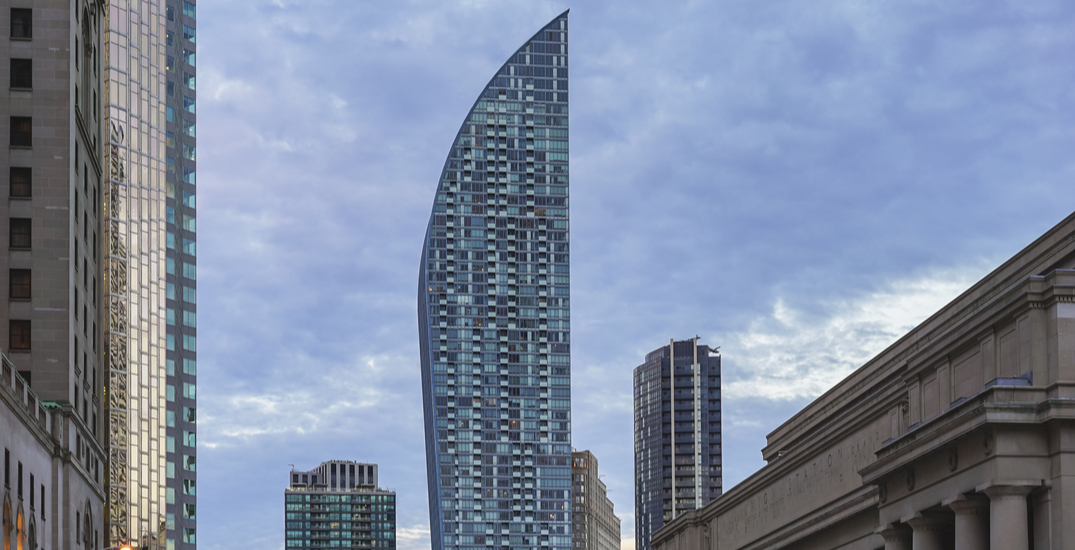 No injuries have been reported after a crane fell onto a condo building in downtown Toronto on Saturday afternoon.

Toronto Police said part of the crane, called the counterbalance, toppled onto the roof of 8 The Esplanade around 2 pm on July 10.

Police initially said “significant damage” had been done to Meridian Hall, a performing arts centre attached to the condo tower, but later stated that the centre was unscathed.

The damage is contained to the condo building, which is known as “the L Tower,” although no residential units have been affected, police noted.

Two crane workers who were unaccounted for following the collapse have been located. Roads in the area had been reopened by 4:30 pm.

SEE FIRE: UPDATE
The Esplanade + Yonge St
– the roads are now open in the area@Toronto_Fire is o/s
– the damage from the crane counterweight is contained to the condo tower at 8 The Esplanade, no residential units have been damaged
– the Arts centre has not been damaged
^lb

Toronto Fire crews are assessing the structural integrity of the building, which has been evacuated. City engineers have also been deployed to the site.

Police said there was “no fear of collapse,” and that the roof of the condo building appeared able to hold the weight of the fallen crane.

A TPS media relations officer told Daily Hive that the Ministry of Labour would be investigating.

Daily Hive has contacted Toronto Fire Services and will update this story accordingly.