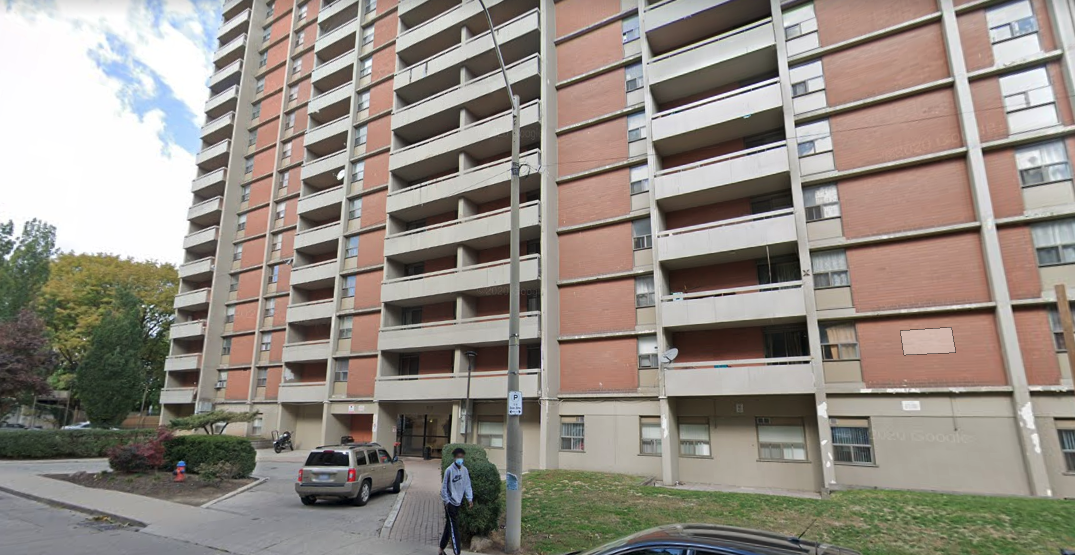 One person is dead, and 106 more are infected with COVID-19 as the virus spread among residents at a Hamilton apartment building.

According to Hamilton’s outbreak tracker, the outbreak at 235 Rebecca Street Towers has so far spawned 107 confirmed cases, 104 of which are among residents of the building.

According to the City of Hamilton, it’s the B.1.1.7. variant first discovered in the UK that’s present in the building.

“We are offering on-site testing for residents to identify and isolate as many cases as possible and minimize spread that may occur,” she said.

Public health is also working with the landlord to identify possible issues in the building that may have led to spread. She said notices about the outbreak have now been distributed to all units in the three buildings.

Hamilton is not currently planning to conduct a vaccination clinic for Rebecca Towers, but said health staff are working to raise awareness about existing community clinics.