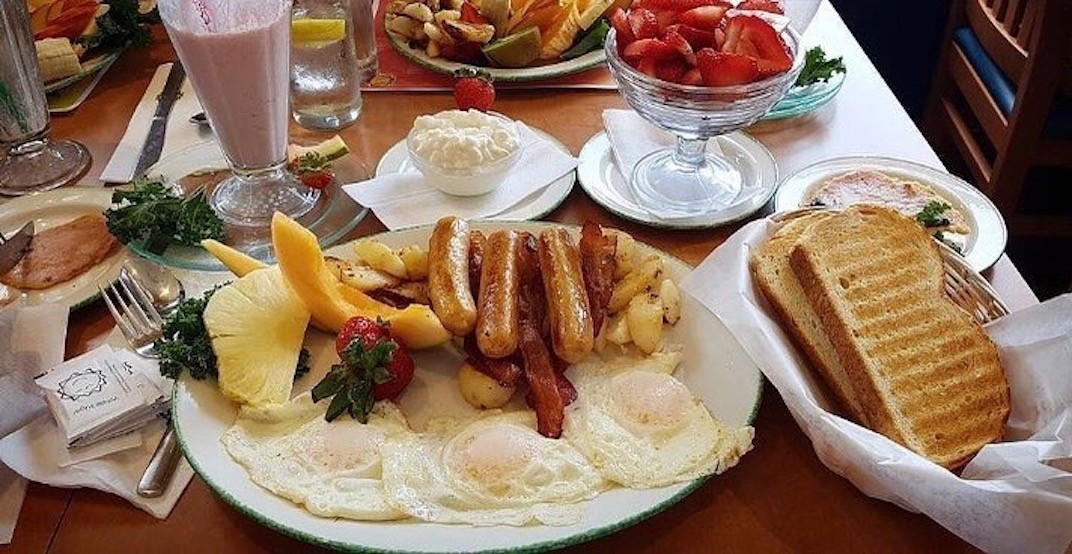 Travellers passing through Union Station now have a mouthwatering nearby spot to fill up on crepes and breakfast poutine.

Because Cora Breakfast and Lunch has just opened an outpost at 106 Front Street East, a stone’s throw away from the station.

The popular Canadian breakfast chain hails from Montreal’s Saint-Laurent district, where it was founded in 1987.

Now, Cora has dozens of locations across the country, and the downtown outpost will be the city’s third.

Known for its heaping plates of breakfast classics including omelettes, crepes, pancakes, and ‘Eggs Ben et Dictine’ with epic fruit sides, the national chain has long been a favourite for Canadians who are after a filling mid-morning meal.

The eatery has already had a soft opening, and the official Grand Opening will take place on Wednesday, May 15, 2019.

Pioneering founder Cora Tsouflidou will be in attendance for the Egg-Cracking Ceremony, during which the first symbolic omelette in the restaurant will be made.

Get ready to start your day with some good grub.