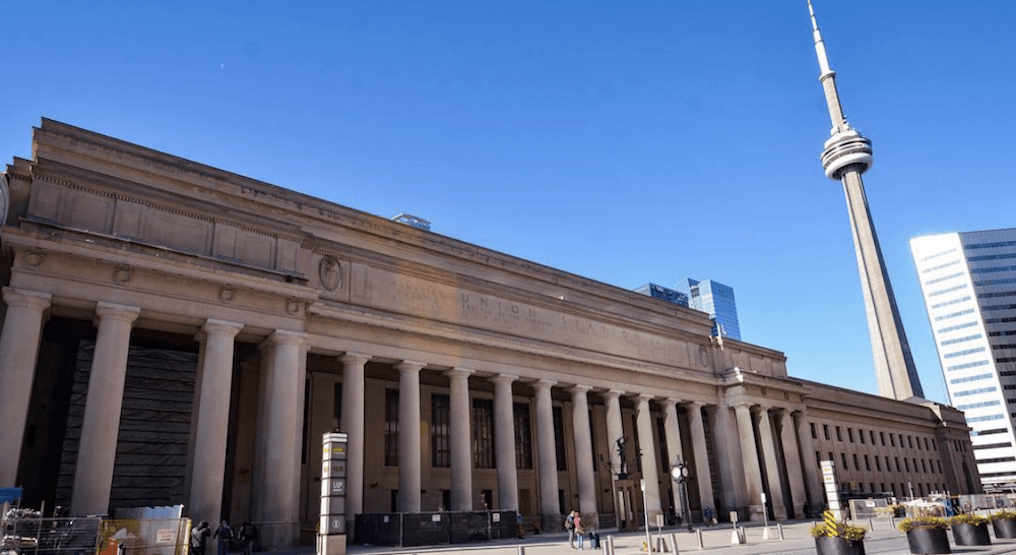 It’s summer, which means construction season in Toronto, and this includes the new bus terminal at Union Station.

Minister of Transportation Steven Del Duca and Mayor John Tory attended the groundbreaking event at the new site of CIBC Square on Wednesday morning, celebrating the start of construction for the transit project.

While it is a transit oriented development, there will also be two new commercial buildings connected by a one-acre elevated park in the works.

According to the province, the new, world class bus terminal will better connect commuters to GO Transit, the TTC, VIA Rail, UP Express and the proposed future high speed rail connection to destinations in southern Ontario.

“The new Union Station Bus Terminal will be integrated with our largest transit hub for a seamless commute as we continue to invest in building up our transportation network and innovative projects – like high speed rail and GO RER,” said Del Duca in a statement. “This project is a visionary example of what government can achieve in partnership with the private sector – commuters can enjoy a walk in the park and take in the best views of the city for a more enjoyable, comfortable transit experience.”

Development will feature a one-acre park for residents & public, along with two office towers and a GO bus terminal. pic.twitter.com/5I75L875CI

The location of the new terminal will provide better access to the Gardiner Expressway and Lakeshore Boulevard, making it easier for transit riders to get to their destinations.