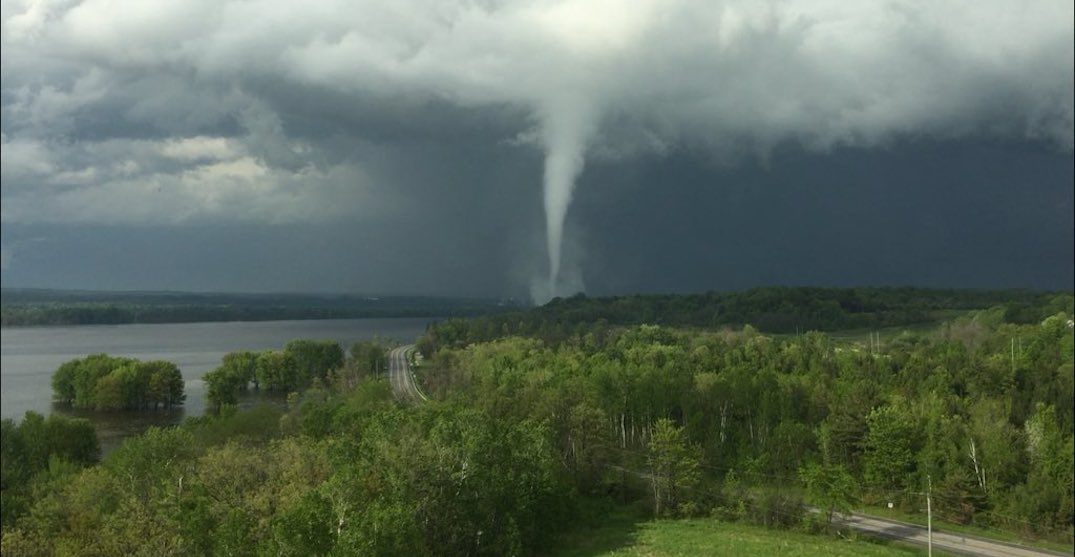 With the recent flooding still fresh in the minds of its citizens, the city of Ottawa had another extreme weather event to worry about yesterday when the region was hit with a tornado in the early evening.

The tornado was given a rating of EF-1, and it is the first tornado sighting in the region following the devastating effects of multiple twisters that swept through the region in September 2018.

One person was treated for a minor injury, according to the City of Ottawa.

Did we just get another #tornado? #ottawa #ottweather #ottnews pic.twitter.com/qyQrPqimJZ

At about 6:15 pm on Sunday, Ottawa Public Health retweeted a tornado warning for the region issued by The Weather Network, asking residents to prepare for the impact.

According to a weather summary by Environment Canada for Ontario and the National Capital Region released this morning, the tornado developed about 10 km southeast of Gatineau Airport in Quebec at about 5:54 pm on Sunday evening. It then moved east along the Ottawa River before moving to across the border into Ontario and causing damage to a number of eastern Ottawa communities like Orléans and Cumberland.

The summary mentioned observations of a funnel cloud seen over Orléans, shingles ripped off of houses, and reports of fallen trees in the area.

I’ve made it back to #Orleans to check in on my son and this is just some of the damage in his neighbourhood. Jeanne D’Arc / Champlain area. #Ottnews #OnStorm #Tornado pic.twitter.com/EBZUPMyEQU

Following the damage and once the weather subsided a bit after 9 pm, the City of Ottawa tweeted out that it was deploying emergency crews to assess and respond to the damage.

“In response to a tornado in Cumberland/Orleans area, the City has mobilized its emergency operations centre and is responding with multiple departments and services, including police, fire, paramedics, forestry and Building Code Services,” the tweet read.

In response to a tornado in Cumberland/Orleans area, the City has mobilized its emergency operations centre and is responding with multiple departments and services, including police, fire, paramedics, forestry and Building Code Services. #otttornado #ottnews

Crews were responding to the damage into the late evening…

Thank you to @OttawaPolice, @OttFire and others who were checking on residents and out helping our community following the tornado. @ottawacity @MatthewLuloff pic.twitter.com/39VF9Haf6z

All weather warnings for eastern Ontario were ended as of 9:23 pm, according to Environment and Climate Change Canada.

As of 10 pm, city crews were still responding to the damage in the east end.