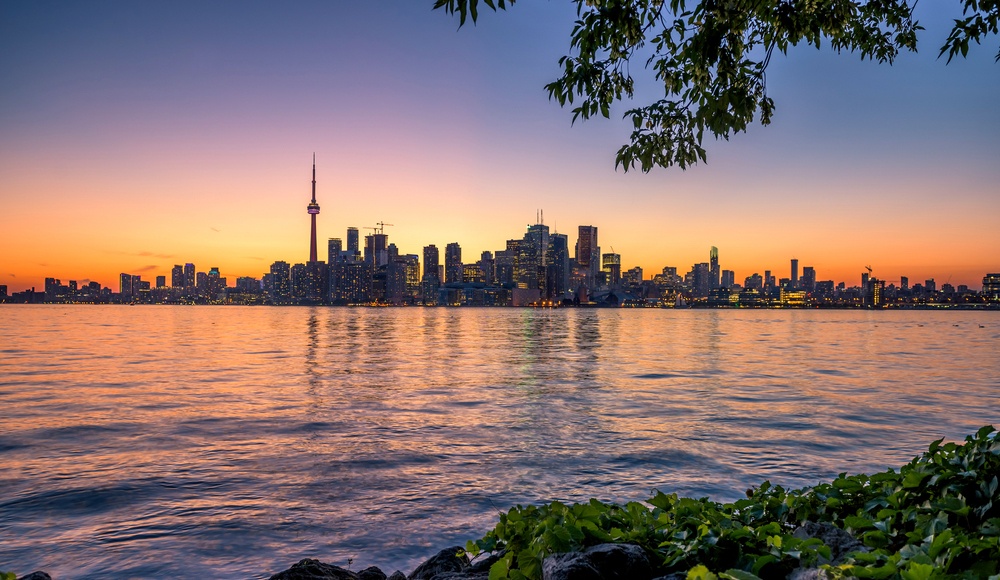 A recent report by the Conference Board of Canada has ranked Ontario with a “B” after assessing its economy, education, innovation, environment, health, and society.

Ontario’s “B” overall and places it in 14th place in the first How Canada Performs: Society report card that compares the social performance of Canada, the provinces, and 15 peer countries.

When it comes to some of the lowest gradings, Ontario received a “C” on income inequality and ranks ahead of only two peer countries, Australia and the United States.

According to the report, while Ontario’s income inequality has dropped slightly in recent years, the province has not been able to reverse the sharp rise that occurred in the 1990s and early 2000s. As well, the share of income going to the richest residents is 9 times higher than the share going to its poorest ones.

Poverty rates have also been on the rise in Ontario, and remains above the national average, earning the province a “C” grade on the indicator as well.

“Ontario’s ranking on the society report card highlights the need for improvement on key social challenges, such as income inequality and poverty. Ontario has high income inequality relative to the other provinces and its poverty rates have been rising gradually over time,” said Craig Alexander, Senior Vice-President and Chief Economist, The Conference Board of Canada in a statement.

The province also received a “C” on gender wage gap, voter turnout, and social network support, according to the report. The local gender wage gap of 16.2 %(based on median weekly earnings) is lower than the national average of 18.2 %. 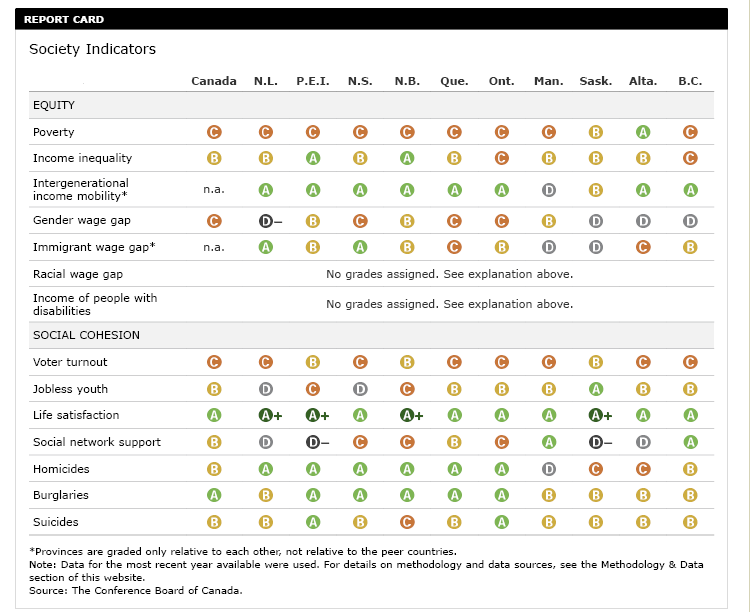 But it’s not all bad news.

The province received an “A” grade on homicides, burglaries, and life satisfaction.

And this doesn’t mean we aced our burglaries, it means that Ontario has the second-lowest rate among all the peer countries and provinces, with a three-year average of just under 300 burglaries per 100,000 population. Ontario also got an “A” on suicides, with as the province has the third-lowest average suicide rate among all the jurisdictions.

As a country, Canada earned an overall “B” grade and ranked 10th among the 16 peer countries on the Society report card. The report shows that Canada ranks high on life satisfaction but does poorly relative to top-ranked peers on poverty, income inequality, gender wage gap, and voter turnout. 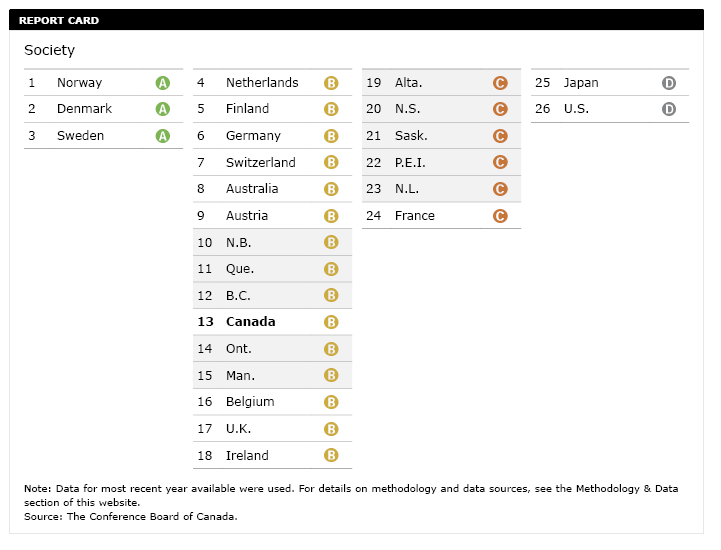