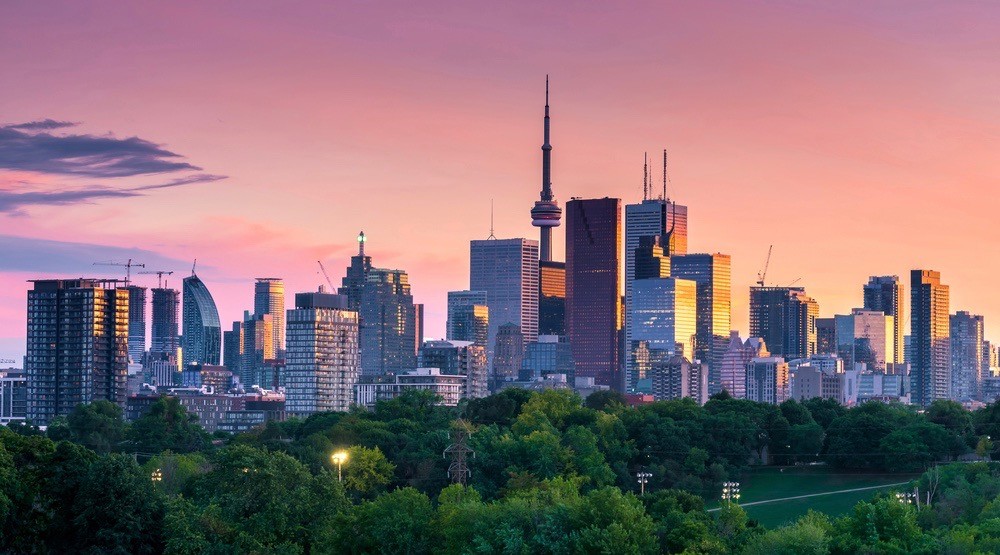 Toronto has been named the 2nd best city in North America according to Mercer’s 19th annual Quality of Living survey.

This comes just after Canada was named the #1 country in the world for Quality of Life.

And while that #2 spot in North America puts us ahead of every single US city, it still sees us fall to #16 overall in the world.

The number one spot in Canada? Vancouver, which came in at #5 in the entire world.

Europe cities dominated the top spots on the 2017 survey that included some 231 major cities worldwide. For the 8th year in a row Vienna claimed the #1 spot, while 3 out of the top 5, and 7 out of the top 10 cities on the report were European.

Here, Mercer has broken down the best cities in the world for quality of life by region: 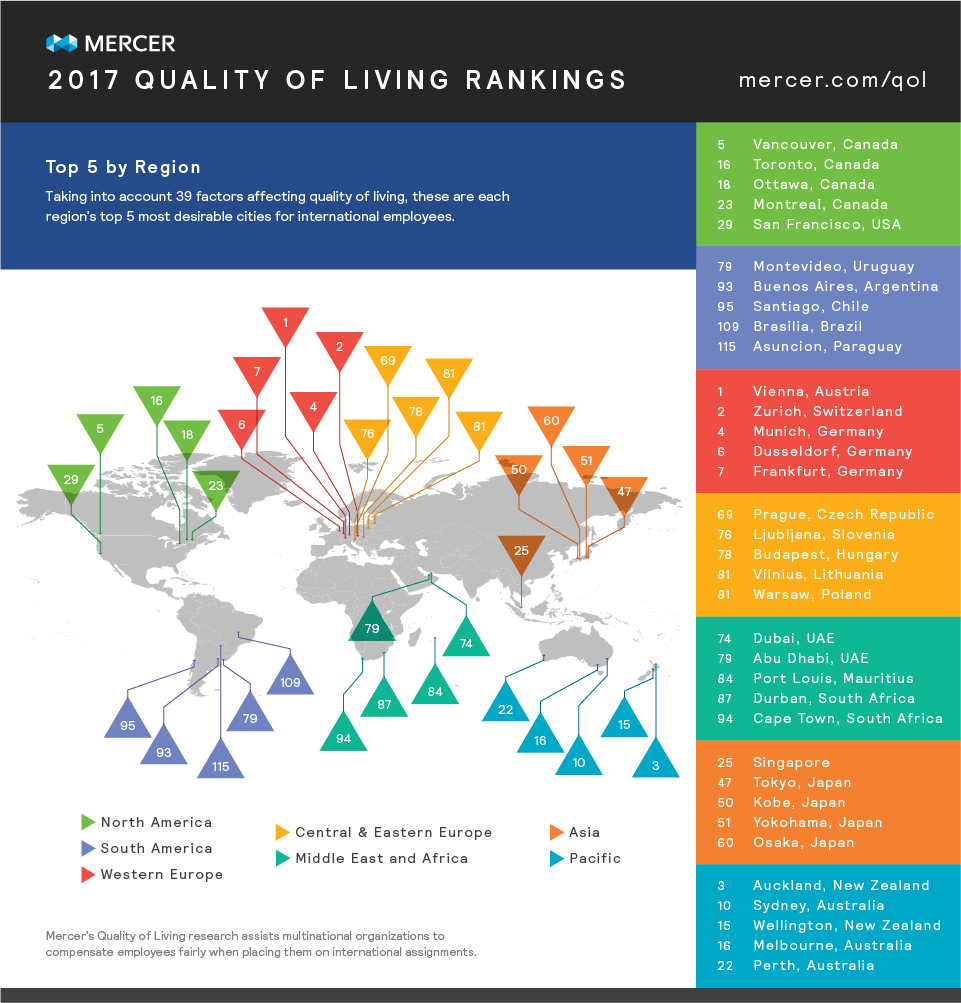 According to Mercer, the survey is put together to assess quality of living conditions in order to:

…help multinational companies and other employers fairly compensate employees when placing them on international assignments. Mercer compiles reports for each city, providing an overview of conditions and hardship premium recommendations.

As well, this year the report includes a city infrastructure ranking which considers “each city’s supply of electricity, drinking water, telephone and mail services, and public transportation as well as traffic congestion and the range of international flights available from local airports.”

Toronto’s ranking was not given but it is clear that it was behind both Vancouver (9) and Montreal (tied 14) in this category. 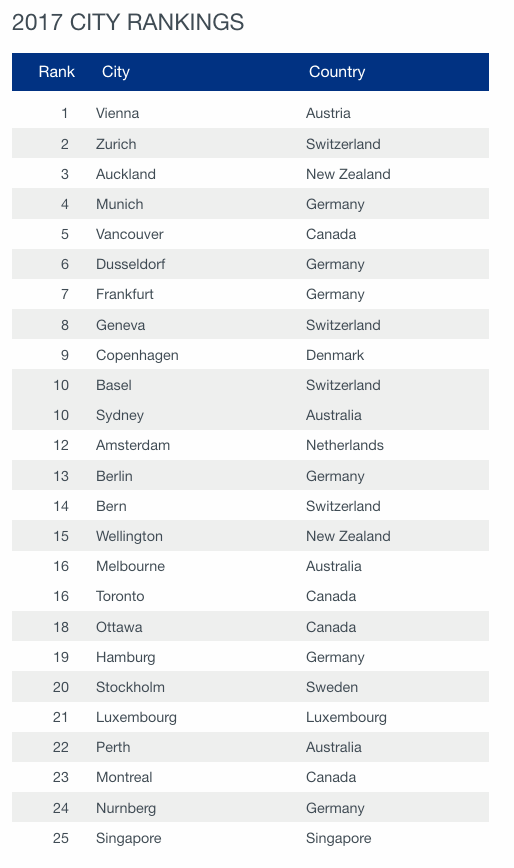