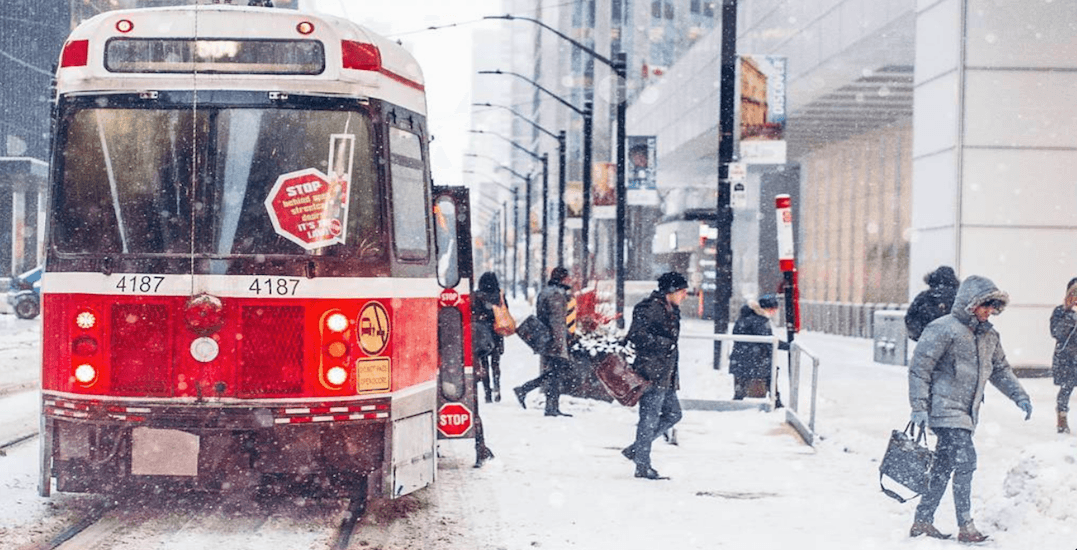 Those driving home today should plan accordingly, as Toronto is going to be hit with periods of snow during the evening commute.

According to Environment Canada, Monday’s significant snowfall will result in up to 15 cm by later tonight.

Additionally, a “Winter Weather Travel Advisory” is in effect for Toronto.

Snow is expected to become heavy at times this afternoon and continue through the evening.

“Travel will be impacted today due to accumulating snow, particularly during the afternoon commute,” said the advisory. 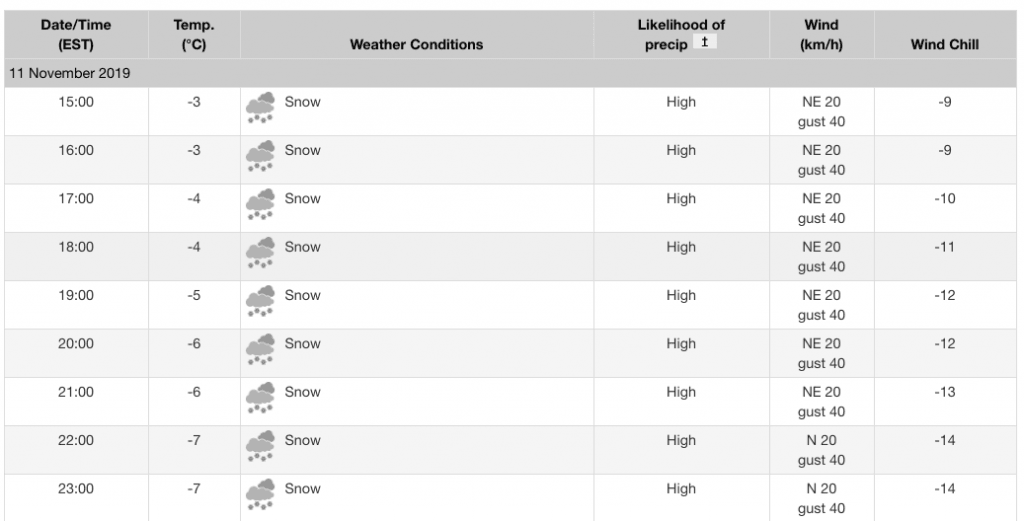 The Weather Network is also calling for a “brutal” Monday evening commute as snow intensifies across Ontario.

“The snow will pick up in intensity during the afternoon hours, putting a major threat on the evening commute as quickly accumulating snow will make for dangerous travel. Untreated roads will also become icy and slick with temperatures continuing to fall well below the freezing mark,” warns The Weather Network.

They add that this isn’t a typical November snowfall.

“This is not your typical November snowfall, which usually melts quickly, as Tuesday and Wednesday will look and feel like January with record cold temperatures expected,” said Weather Network meteorologist Dr. Doug Gillham.

“Travel will be difficult with roads becoming slippery and snow covered as the temperature continues to fall throughout the day.”

The City of Toronto’s plows will be on the road after at least 2.5 to 5 cm of accumulation.

The city is also asking residents to avoid parking their car on major streets during and after a snowfall so that plows can work more efficiently.

Salt trucks are the first line of snow defence. Plows get on the roads only after there’s been at least 2.5 to 5 centimetres of snow accumulation. pic.twitter.com/trO2zOdBW2