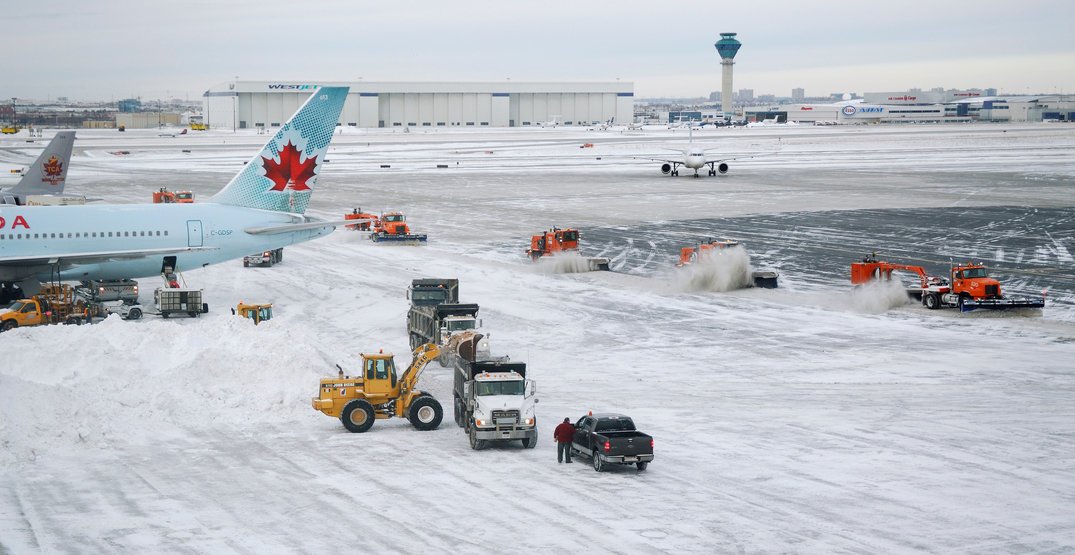 If you have a flight scheduled out of Toronto Pearson Airport on Monday, you might want to check departures before you head out.

The advisory stated that snowfall accumulations of 10 to 15 cm are possible by the time the snow ends late tonight.

And the snow is impacting operations at Pearson Airport.

Travelling through Pearson today? Winter weather impacting Southern Ontario and other Canadian cities is causing some flight delays and cancellations. Before leaving for the airport, check your flight status with your airline, or on our website: https://t.co/pfr3DaHwUI.

According to the team at the Greater Toronto Airports Authority (GTAA), there are flight delays and cancellations at Pearson.

Others were delayed, as the snow continues to fall. 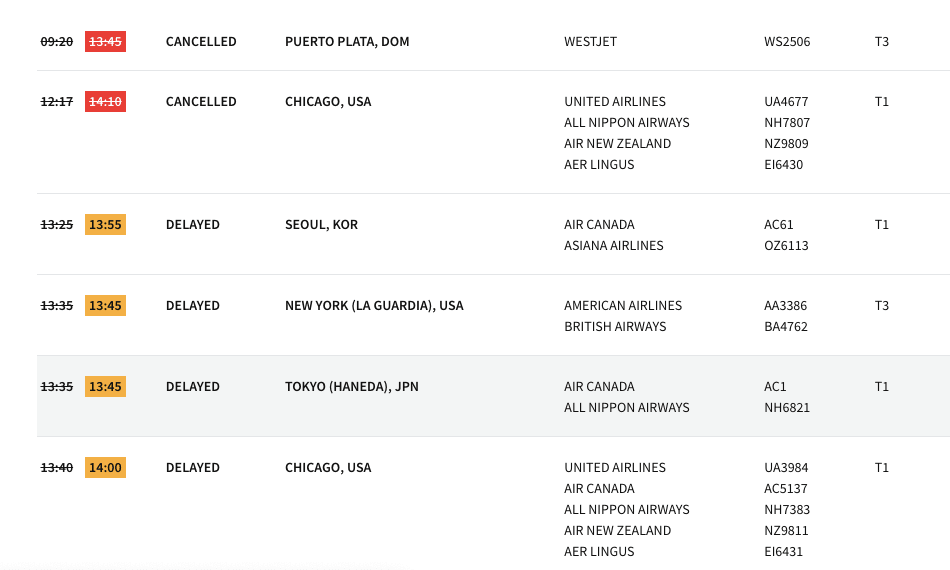 The GTAA told Daily Hive that it brought in extra snow clearing crews and said its deicing facility is busy.

Anyone travelling today is advised to check the status of their flight with their airline, or on Pearson’s website, prior to leaving for the airport.

“As the snow is expected to continue for most of the day, there’s the possibility for more flights to be impacted,” said the GTAA.

The Weather Network said this is a “potentially historic snowfall event” for the region.

“Snowfall totals across most of the GTA will hit the 10 to 15+ cm range, but areas towards Hamilton may see 15-20+ cm and the Niagara region will receive 20-25+ cm as a result of lake-effect enhancement,” said The Weather Network. “Travel will be particularly difficult near these areas.”