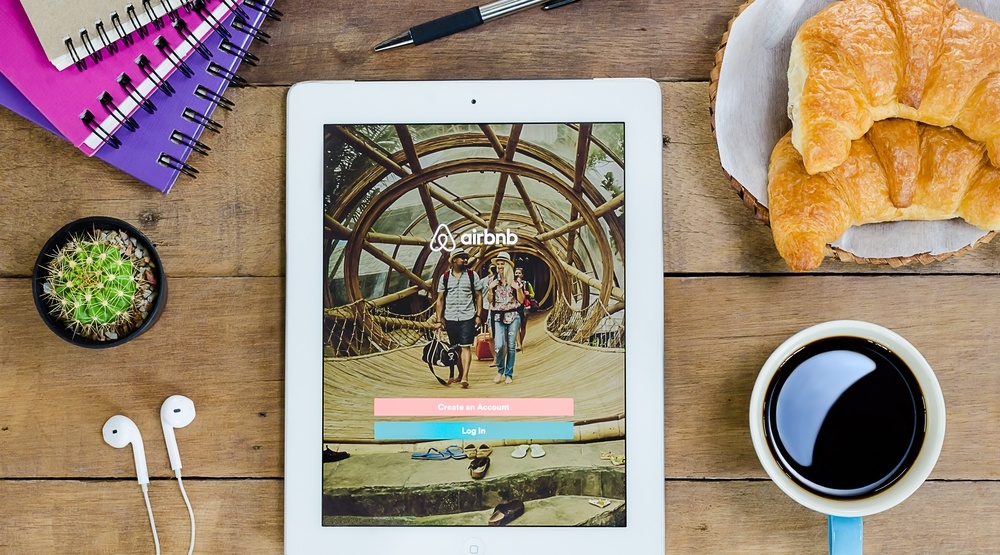 A group of rental associations and hotel groups known as the Fairbnb.ca Coalition are trying to put a stop to what they call ‘ghost hotels’ and seeks to establish fair rules for Toronto’s short-term rental market.

A recent report,  Squeezed Out: Airbnb’s commercialization of home-sharing in Toronto is shedding light on the city’s short-term rental market and the various issues with rental sharing companies, mainly Airbnb.

The coalition wants to address the fact that Airbnb doesn’t make the majority of its money from home-sharing but rather a small number of commercial hosts instead. These hosts are currently occupying multiple residences that otherwise would be available for housing in the GTA.

“In Toronto, 63% of its revenue derives from renting so-called entire-homes/apartments, rather than from sharing a spare bedroom,” the report reads. “We also show that only 16% (1,385) of Airbnb’s so-called multi-listing hosts, that is individuals who operate two or more listings at any given time, control a disproportionately large share (38%) of Airbnb’s total listings, and by 2017 also generate the majority (52%) of the company’s revenue.”

While tourists like the idea of saving money by staying in Airbnb’s, locals have a different opinion on the matter.

On the coalition’s site Fairbnb.ca they quote organization Advocacy Centre for Tenants Ontario (ACTO) stating that, “Ontario has an affordable housing crisis. Many low-income tenants struggle to find adequate, affordable rentals to call home. Airbnb is making this problem worse by removing rental housing from the market so they can be turned into ‘hotels’ for temporary visitors instead.”

Airbnb isn’t just impacting the rental market, but also the hotel and tourism industry in Toronto.

Airbnb claims that their guests spent $417 million in the city while visiting this past year, however research by Morgan Stanley proves that this money would have been spent in Toronto regardless, as illustrated below. 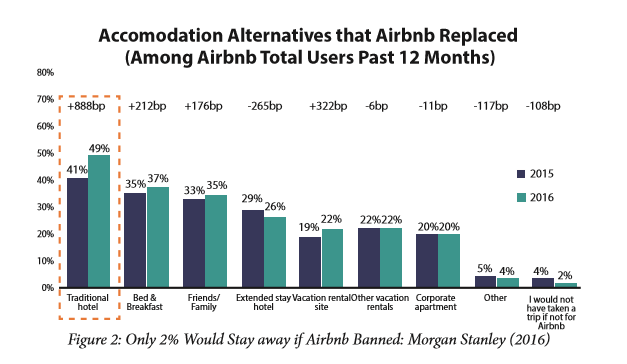 Squeezed Out: Airbnb’s Commercialization of Home-Sharing in Toronto report data

Airbnb listings in Toronto have been growing steadily, with a 14,900% increase since 2010, and the market shows no sign of slowing down anytime soon.

“The data provided to us by our analysts show that by the end of 2016, Airbnb offered close to 12,000 vacation rentals in Toronto, representing about 25% of Toronto’s overall lodging supply,” reads the report.”Out of the total listings, 41% are multi-listings, that is, these are homes that are turned into ghost hotel rooms by hosts who operate two or more Airbnb rentals at any given time.”

Residents fear these ghost hotels are becoming a major issue, with hosts having multiple listings and instead of home-sharing, are essentially running a business near Toronto’s biggest attractions without any restrictions.

Fairbnb Coalition proposes in their report that Toronto establish strict regulations for Airbnb within the city including a licensing system and harsh fines for those who don’t comply.

“Only Vancouver beats Toronto to the title of Canada’s most unaffordable place to live,” said the report, and locals want to ensure that Toronto remains affordable.