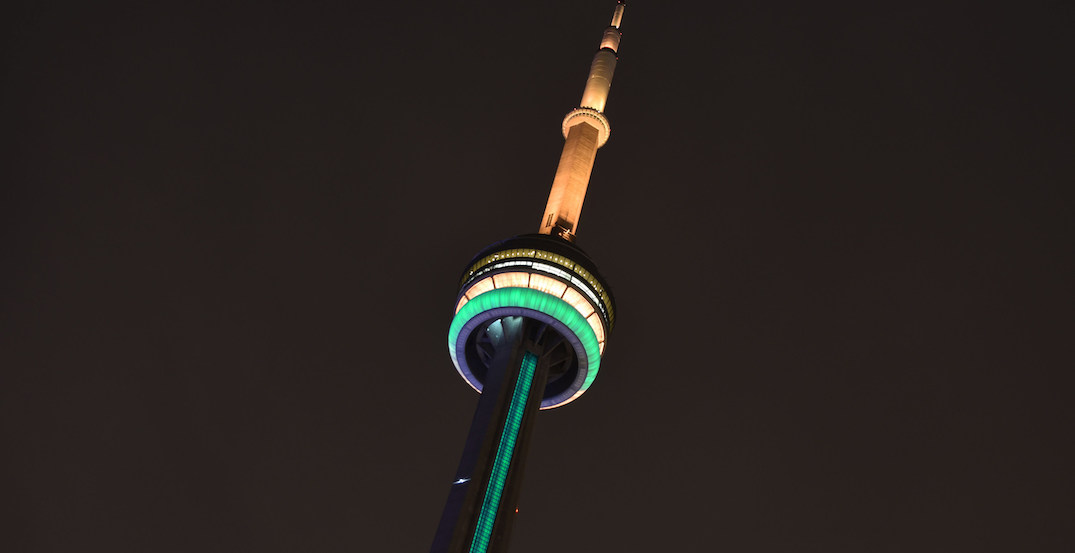 Seeing the CN Tower illuminated in the night sky, hulking over the already impressive collection of glass-clad skyscrapers, is one of the best parts about living in Toronto. This weekend, however, the iconic monolith will be lighting up for a very different reason.

In a release on Friday, the landmark announced that it would be joining the Toronto sign at Nathan Phillips Square and 18 other members of the World Federation of Great Towers, and landmarks, in shining bright to raise awareness and show support as the country attempts to rebuild after the impacts of the recent devastating fires.

Taking place on Sunday, January 26, both Toronto landmarks will be burning with bright gold and green colours to honour Australia’s national holiday. The pairing represents the official colours of the world’s only landmass that is both country and continent.

“Australia is facing some of the worst wildfires ever seen. The scale of the ongoing crisis and its impact on the environment, people and wildlife concerns all of us around the world,” says Peter George, CN Tower’s chief operating officer in the release.

“Under the circumstances, we felt a global show of support would be meaningful to many. Not only would it convey a powerful message of support to all Australians, especially those on the front lines, but it can hopefully inspire the world to take action.”

Other Canadian landmarks participating include The Calgary Tower and Montreal’s La Grande Roue and Pavillon Bonsecours. As well as international structures ranging from Paris’ Eiffel Tower and the Empire State Building in New York City.