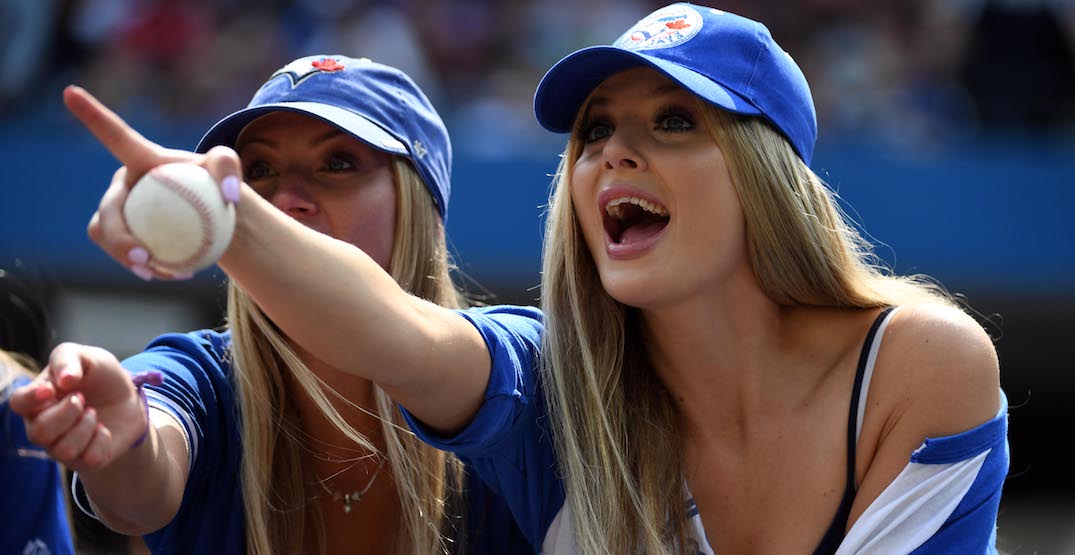 For the first time in 670 days, the Blue Jays are coming home. After 22 months bouncing between two makeshift homes in Buffalo and Dunedin, the team will return to their proper home nest in Toronto this Friday.

A lot has changed since September 2019. It was a much different world compared to last time the Blue Jays played in Toronto, as a global pandemic was the last thing on everybody’s mind.

At long last, the storm is subsiding, and one cosmic sign of a return to normalcy is professional sporting events back in Toronto with thousands of fans ready to cheer on the boys of summer.

The fans in Dunedin, Florida, and Buffalo, New York, did an admirable job taking care of the team in their own backyards, but now it’s time for the Blue Jays to represent their namesake once again.

Only 13 players on the 26 man roster have even played a Blue Jays home game in Toronto. Two of the team’s marquee free agent signings, Hyun-Jin Ryu and George Springer, have yet to take the field in Toronto as a Blue Jay.

It’s been a long time coming, but here are the things we’ve missed most about Blue Jays games being away from Toronto since the end of September 2019.

What would a walk up Bremner Boulevard on Blue Jays game day be without this familiar call echoing out: “LET’S GO BLUE JAYS” followed by a series of drumbeats.

Rick Donaldson AKA “Rockin’ Rick Donaldson” or “The Blue Jays drummer,” has been stationed outside Gates 5 and 6 at the Rogers Centre since the stadium opened in 1989. He’s as much of the Blue Jays experience as anything on this list.

Whether the team was good, bad or somewhere in between, he always brings the noise and helps fans get amped up before walking through the turnstiles.

The early bird gets the worm, and in this case, the early fan gets to watch the Blue Jays (and their opponents) in a super chill environment during batting practice. By the time the gates open, the Blue Jays are mostly off the field, but there’s a chance to see visiting players take their hacks in the cage.

Players like Aaron Judge and Giancarlo Stanton often put on a show during batting practice, peppering baseballs into all kinds of ridiculous places. The next time the LA Angles come to town, that’s an ideal chance to check out what Shohei Ohtani can do at the plate.

Batting practice is the exact opposite atmosphere of the game itself; everybody’s just hanging out, chatting, and occasionally a player will step into the cage and hit bombs into the third deck. And for those lucky enough to be sitting in the ideal section, even a souvenir baseball or two.

Not everybody is able or interested in getting to the ballpark a few hours before first pitch, but if you ever get the chance, it’s absolutely worthwhile. Hopefully the Blue Jays will continue this BP tradition upon their return.

3. The roar of the crowd

After playing in empty stadiums and half-full ballparks for the last season-and-a-half, the roar of the crowd at Rogers Centre is going to sound like a space shuttle launching into orbit.

Even with the roof open, Blue Jays fans know how to get loud. The simple cheer after a run scores, a home run leaves the yard, or when a pitcher gets a strikeout — it’s all been sorely missed at Rogers Centre.

It’s one thing to crack a can and grill up a couple of hot dogs and hang out in the backyard, but it’s another thing to do it with 15,000 fans alongside.

The beer selection at Rogers Centre could be better represented by its local craft brewers, but an ice cold beer on a hot day at the Jays game is summer personified. Throw in a hot dog or two as your main course, and you’ve got the sights, sounds and tastes of summer.

Even if you don’t see the Blue Jays hit a home run, thanks to the stadium’s built-in foghorn, you’ll always hear when the team hits a dinger or wins the game. With the roof open, you can even hear the horn for blocks outside the stadium.

After 20 months without hearing that familiar sound emanating from the Rogers Centre, it’s something that won’t be taken for granted ever again.

It’s a song that dates back to 1983, and ever since, “OK Blue Jays” has been the unofficial anthem for the Blue Jays and a beloved routine that plays during the seventh inning stretch. If you’re not standing up and dancing to this song, I don’t know what’s wrong with you.

This track is such an ear-worm that even some of the Blue Jays players over the years have memorized the lyrics and the choreography that goes along with. Don’t worry, in case you don’t have the moves down pat, the J-Force will guide you through it.

7. Gathering on the Flight Deck

The Flight Deck has been around at the Rogers Centre for a few years now, and it’s often the meeting place for fans looking to get a better view of the action (if you’re cascading down the 200 or 500 level.)

The overhang provides one of the most unique views of the ballpark, and there always seems to be something happening up there, whether it’s giveaways, an appearance by Ace, or just people-watching in general.

8. The post-win crowd outside the stadium

Once the thousands of fans spill out from the Rogers Centre, there’s nothing better than the post-win crowd after the Jays game. The cheers that spontaneously erupt, the general excitement in the air, it’s truly palpable.

It’s a stark contrast compared to when the Blue Jays lose and fans have to do the walk of shame away from the stadium. But win or lose, Blue Jays fans will be on cloud nine exiting from the Rogers Centre after the team’s return to Toronto.