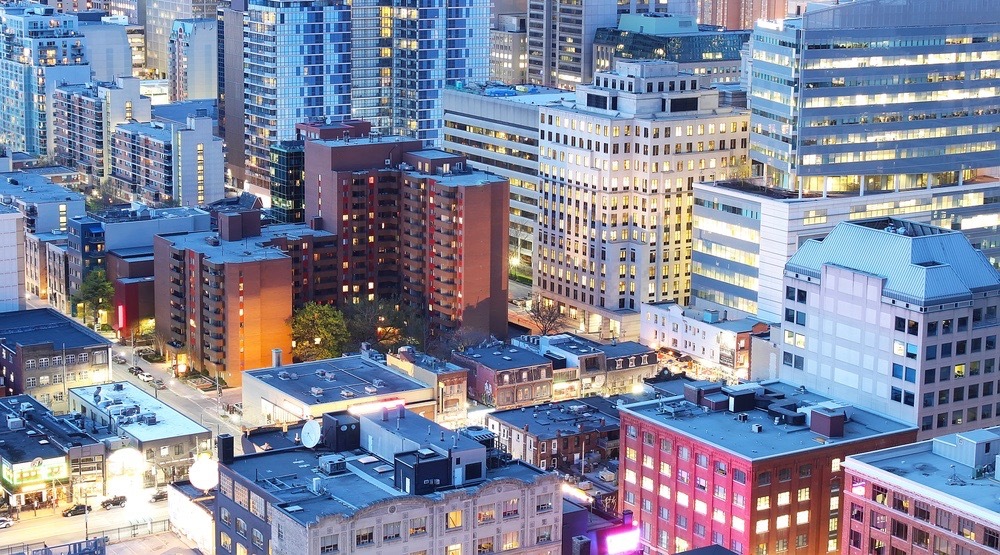 According to the Canada Mortgage and Housing Corporation (CMHC)’s quarterly report on housing, a decrease in disposal income and home price growth both play into this assessment of the national market.

The CMHC defines “problematic conditions” as imbalances in the housing market that occur when “overbuilding, overvaluation, overheating and price acceleration – or combinations thereof – depart significantly from historical averages.”

For the fifth consecutive quarter, the seasonally adjusted sales-to-new listings ratio (SNLR) was above the threshold of 70% at 84%, which is above the problematic conditions. During the reporting period, sales continued to increase reaching record levels, while the supply of new listings decreased. And as more buyers chased less listings, the number of active listings dropped to new lows.

The CMHC said that this led to the “intensification of price bidding wars, resulting in the ratio of the average sale to list price surging to a seasonally adjusted rate of 110%.” Prices of low-rises escalated, while the condo market tightened, reaching the average rate of a single detached home.

But this data analysis was made prior to Ontario’s Fair Housing Plan, which was introduced in April. According to the CMHC, the housing market reacted to the news as sales in the GTA declined and supply of new listings increased during the second quarter of the year. 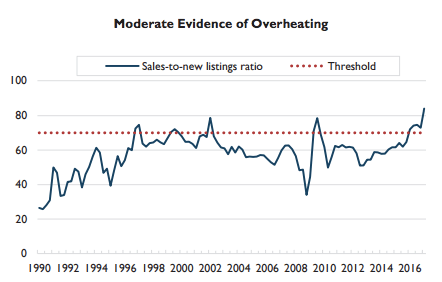 Another factor in the Canadian housing problem is the price growth is regularly stronger than the overall economic growth, which includes personal disposable income and population. And this problem has been occurring over the past nine consecutive quarters, according to the report.

“On a year-over-year basis, the real MLS average price increased by 24.3% in Q1 2017. Over this same period, real disposable income increased by 0.28% and the young adult population grew by 2.85%,” states the report.  “This growth in fundamental drivers, although healthy, could not account for price levels seen during Q1 2017, and thus a significant imbalance continued to persist.”