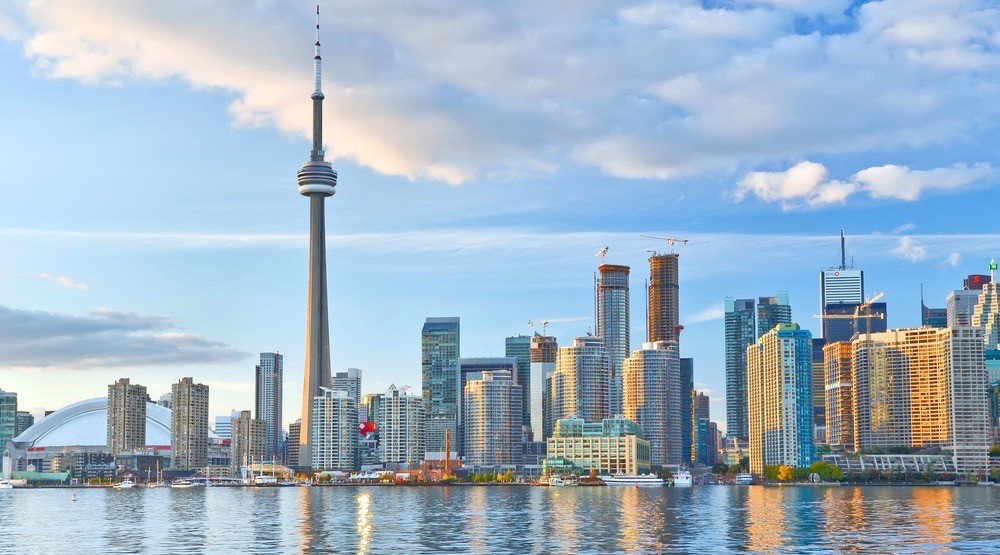 Toronto is the fastest growing tech market in North America.

This according to CBRE’s annual Scoring Tech Talent Report, which ranks 50 US and Canadian markets according to their ability to attract and grow tech talent.

The only Canadian city in the top 10, Toronto moved up six spots from last year to slide into 6th place overall, largely due to its addition of 22,500 tech jobs from 2015 to 2016. That number is more added jobs than New York and San Francisco’s tech jobs combined over that same period.

According to the report, Toronto is also one of the best-value markets for tech firms to operate their business when it comes to cost and quality of talent, second only to Vancouver.

“Toronto is a becoming a leader in producing a world-class tech talent, particularly in the artificial intelligence field, and there had been an incredible rate of growth in our tech labour force in the past year,” said Werner Dietl, CBRE Canada‘s executive vice president in a release. “When you consider we’ve added more tech jobs from 2015 to 2016 than New York and the San Francisco Bay area combined, it shows just how vibrant Toronto’s tech industry has become. Tech companies now comprise over 20 per cent of all current office space demand in the city.” 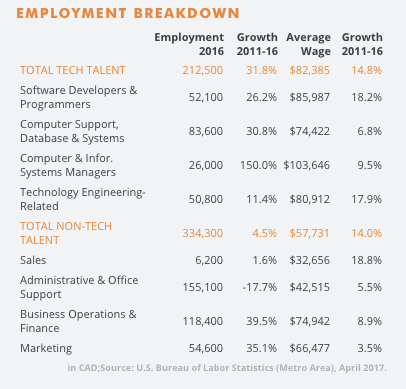 The report, which can be viewed in detail by market in the interactive Tech Talent Analyzer, finds that strong demand for talent that offer specific skills along with a tight labour supply is making companies relocate to markets with the largest concentrations of high quality talent.

And Toronto ranks as North America’s fourth largest tech talent market, with over 212,000 tech workers, representing an increase of 32% over the past five years.

Toronto was also found to be the second-cheapest market in North America for a tech firm to operate in, according to the report. The estimated cost of running a 500-person tech firm in Toronto, counting in both talent and real estate costs, totalled $25.9 million US, which came in much lower than the cheapest US market of Oklahoma City at $33.9 million US.

“Even if you remove the effect of a discounted Canadian versus US dollar, Toronto still remains one of the most cost effective markets in North America for tech firms to operate from,” said Dietl. “Regardless of currency differences, Toronto remains comparatively cheap for both talent and real estate costs when compared to major markets such as New York, San Francisco and Boston.”

Dietl said that not only is Toronto a cheaper market to operate in, but the city also provides international firms access to both the high-quality talent pool and Canada’s immigration policies that allow them to recruit and bring over the best talent from around the world.

And due to this tech industry growth, Toronto experienced its lowest downtown office vacancy rates on record during Q2 2017, dropping from 4.6% in Q1 to 3.8%.

Here’s the list of the top 24 cities in North America when it comes to tech.