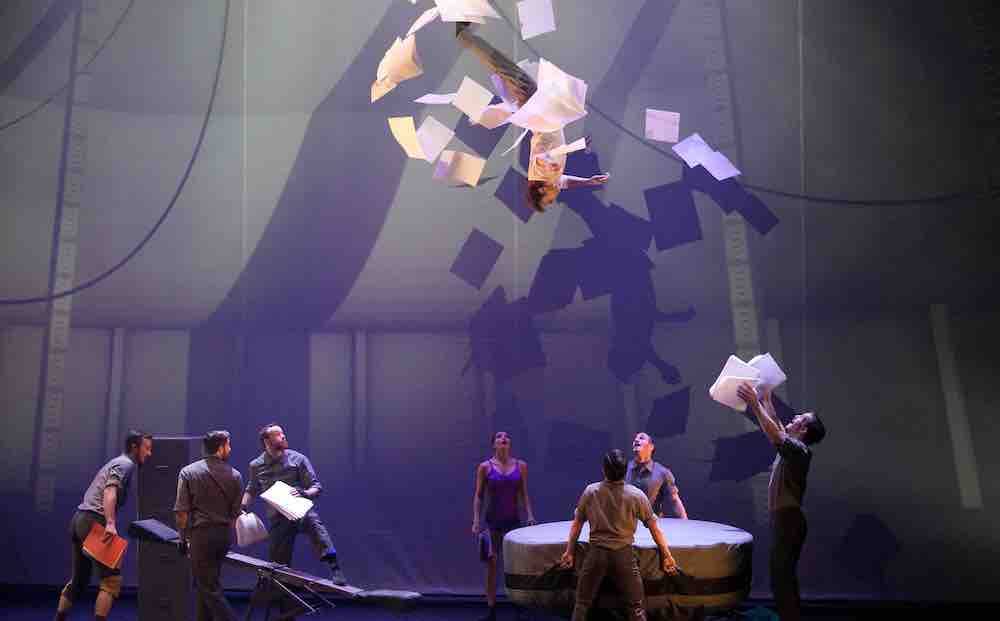 Get ready to be immersed in a world of circus arts, dance, and theatre.

Beginning March 1, Cirque Éloize’s Cirkopolis will be making its English Canadian premiere at the Sony Centre for the Performing Arts.

With Cirkopolis, Cirque Éloize presents a show that combines the worlds of circus, dance and theatre. In the heart of a stern and imposing city in appearance, giant gears and dark portals symbolize a mechanism that crushes individuality.

The unforgettable performance includes an inventive stage design and is accompanied by an original musical score and video projections, eleven acrobats and multidisciplinary artists rebel against monotony, reinvent themselves and challenge the limits of the factory-city. In a world where fantasy provokes reality, the veil of anonymity and solitude is lifted and replaced by bursts of colour.

The critically acclaimed show by Montréal-based troupe Cirque Éloize began touring in September 2012. To date Cirkopolis has been performed 400 times, in 23 different countries, to over 300,000 people. And this will be the show’s first time in Toronto.

Get ready to get lost in a dream world.

Where: Sony Centre for Performing Arts, 1 Front Street East
When: March 1 to 18