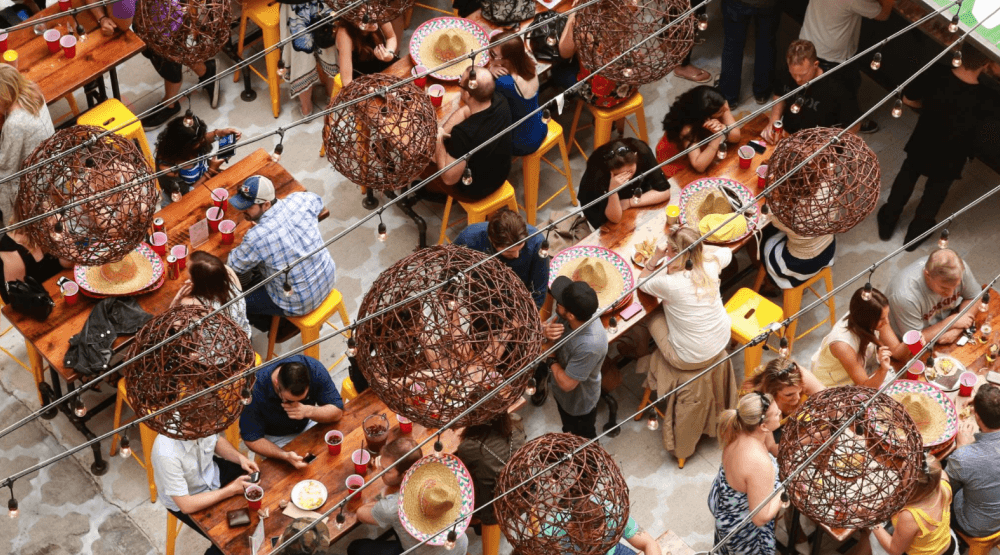 It’s kind of like the Mexican equivalent to St. Patrick’s Day.

While the celebration commemorating Mexico’s victory at the Battle of Puebla is mostly ceremonial south of the border, here in Toronto the holiday has been co-opted as a mex-cellent excuse to throw a tequila and taco-fueled fiesta.

Here’s where to celebrate Cinco de Mayo in The 6ix this year.

Kicking off Cinco de Mayo week, Baro, Che Food Truck, La Carnita, Cocina Economica and others compete for the title of best guacamole in Toronto. Attendees including judges Jonny Gray from Altos Tequila and Pete n’ Chris Neal from Neal Brothers will vote for the winner.

This Tex Mex joint in Cityplace is advertising an epic fiesta in celebration of Cinco de Mayo. You’ll want to start this party as early as possible to secure a seat on the patio, plus from 5 pm to 6 pm, you’ll get a free frozen margarita on arrival.

More like sexto de mayo, amirite? If you can’t satisfy your cinco experience in a single day, follow up on Saturday split between Baro and El Caballito. A single ticket includes access and a complimentary tequila cocktail at each venue, free swag, and a menu of festive $5 cinco foods.

Find some friends because Milagro is doing Cantina Platters on the big day. The feast fit for four is priced at $61 and includes three choices from selections such as Cochinita Pibil, Lamb Mixiotes, Roasted Chicken in Our house Mole Poblano or Carnitas, served with with arroz and refritos, sides, salsas, pickled jalapeños & lots of fresh corn tortillas. Look forward to drink specials on tequilas and Mexican beers too.

When: May 5
Where:5 Mercer Street, Toronto; 783 Queen Street West, Toronto
Price: No cover

When: May 5
Where: 181 Baldwin Street, Toronto
Price: No Cover

The Mexican taberna keeps the celebrations straightforward with the essentials: Tacos, Margaritas, and Tequila. In the evening, find a mariachi band and DJ for those that want to dance.

With a prime patio and the promise of live mariachi music, DJs, sangria, tequila flights, Mexican beers, and margaritas, this might be the hottest party on the east side. Food is included with cover!

Kick back at this outdoor tiki bar and enjoy live music, DJs, giveways and drink specials including $25 buckets of Corona and $4 shots.

When: May 5, noon to 2 am
Where: 66 Lakeshore Road East, Mississauga
Price: No cover