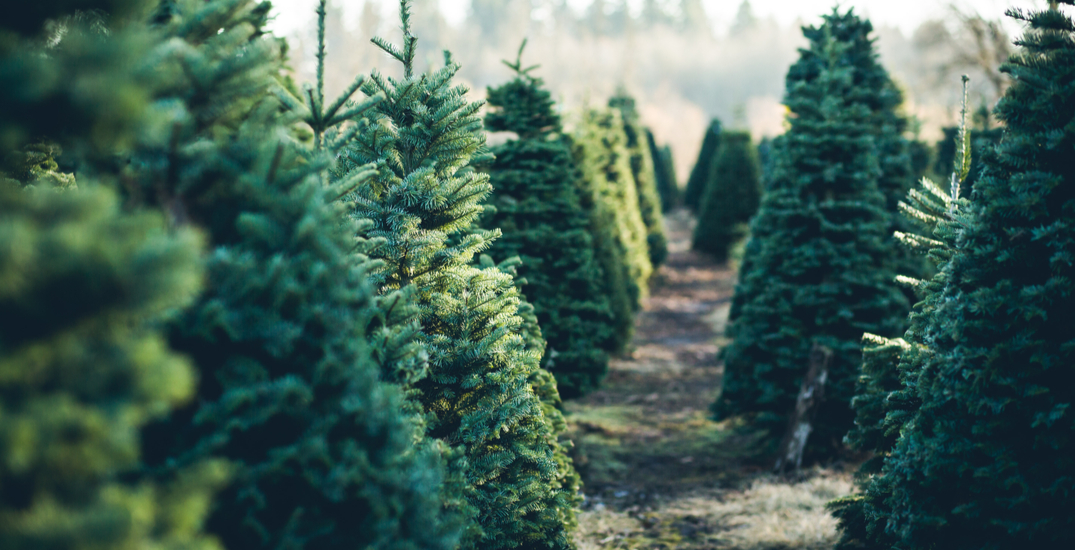 There are several reasons for the shortage, but according to Shirley Brennan, the executive director for the Canadian Christmas Trees Association and the Christmas Tree Farmers of Ontario, weather and an unforeseen increase in demand have been big contributors.

It’s not just Ontario Christmas tree farmers struggling to keep up with demand.

“It’s not just Canada or a specific province; it is also North American,” she said. “The US is dealing with the same… shortages we are.”

As for why more people are choosing the real thing over plastic ones, Brennan said there are a number of reasons.

“We’re seeing as the population ages, that the younger generations are starting their own new traditions,” she said.

It’s also a more eco-friendly alternative for people to make, and younger generations seem to be keener to make those types of choices.

“We do know that the younger generation is very familiar and want to really work on the environment and do good things for the environment,” she said.

When it comes to being environmentally friendly, real trees are the better option. It’s not just that the trees are 100% biodegradable. When they’re recycled, they’re used in a way that is also beneficial for the environment.

“When you recycle it afterwards, it goes to good use like for soil erosion for streams and rivers,” said Brennan. “Even those beautiful gardens that we all like to see when we go into our municipalities, that mulch, a lot of it’s from Christmas tree programs.”

The increased demand isn’t the only issue. As Ontario’s Christmas tree farmers age, they retire from the business. Based on data from the previous census, Brennan said 3,000 acres of land used for Christmas tree planting had been lost due to people retiring. On average, there are about 1,000 trees planted per acre, so that’s a lot of trees.

The weather has also taken a toll on Christmas trees. While Ontario may not have as severe weather as Canada’s coastal provinces, drought and extreme heat still delay growth in the province.

“Any farmer, regardless of the commodity, will tell you that Mother Nature is your silent partner, and she’s not always cooperative,” said Brennan.

If the weather is bad for crops, it’s not exactly a quick fix for Christmas tree farmers. The whole process to grow a tree that someone will one day decorate and proudly display in their homes takes a good 10 years. That’s if you don’t count the three years it takes for the cone seeds to mature into seedlings that will be transplanted onto a farm.

“That’s three years right off the bat from seed to a seedling,” she said.

Add another seven to 10 years, and a Christmas tree is ready to be decorated, depending on the species.

“Most trees are cut at 10 years,” Brennan said. “And so it’s a labour of love until you can reap the benefits 10 years after planting.”

Christmas tree farmers will stagger their crops so that each year they have new trees to sell. That’s why there are still trees left when farms say they’re sold out. The ones that are left in the fields still growing, waiting for their time to shine in the next season or two.

A lot of maintenance goes into growing Christmas trees, too. It’s not just a plant-and-wait situation. Farmers will make sure to keep their trees free from weeds and grass. After about three years of growth, they will begin to shape and prune the trees regularly. Not to mention the need to keep the trees watered, ensure the soil has the correct Ph balance and watch for any disease or pests that could put the trees at risk.

So, when is the best time to get your Christmas tree? Well, this Saturday is officially Christmas Tree Day in Ontario. The day was made an official day in the province in 2015. It’s the perfect occasion to get a tree if you haven’t put one up yet.

Many farms will sell out of their trees this weekend, but if you’re not too picky about what species you get, you should be able to get your hands on a Christmas tree for another couple of weeks.

“This is the busiest Saturday of the year for any Christmas tree farmer,” said Brennan.

She added that many Christmas tree farmers would close after this weekend once they’ve sold off their stock. Other farms only begin to open this weekend, which will extend their selling season a bit longer.

“If you’re waiting into the last week of December before Christmas, it’s going to be hard to find the tree that you typically want,” she said.

The popular trees, like Frasier Firs and Balsam Firs, will likely be sold out by that time, but there will be other options.

Frasier and Balsam firs have softer needles that typically fall less, so they’ve grown popular among the real tree crowd, Brennan said. But that doesn’t mean other trees aren’t a good option!

“Getting a real tree is a very personal experience, and everybody does it for their own reasons. It’s the same when picking the species of tree,” she added.

She hopes that this year if a farmer is out of a certain species, people will branch out and try a Pine or a Spruce instead.

“Ask the farmer what other type of tree they have, and try that out,” she said. “You may just be surprised that that becomes your favourite tree.”

Brennan said that her favourite thing about Christmas trees isn’t a statistic or a fun fact, but the hope they bring. In a world where we rarely shut off and slow down, she loves to see families come together at the Christmas tree farms. Whether they find their perfect tree in 30 minutes or a couple of hours, it’s a family experience and a tradition.

Especially after long lockdowns due to the COVID-19 pandemic in 2020, seeing families get out and pick their trees and have fun at the farms is truly special for Brennan.

“We saw so many families with hope, and that’s the nice thing about it. I know that’s not a stat, that’s just my feeling, but it brings hope to everyone.”