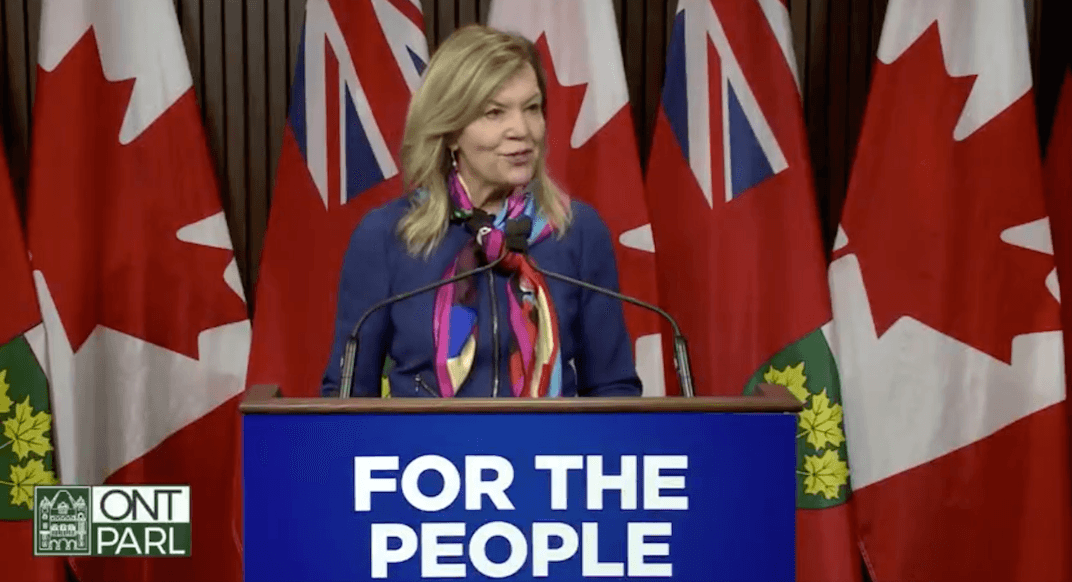 At a press conference Monday afternoon, Health Minister Christine Elliott told the media the provincial government will not be privatizing health care before saying the NDP used these documents as a way to profit off of the public.

“We will not be privatizing any of the services referenced today by Andra Horwath. In fact, the document she released today, was an internal, non-partisan, public service document, which I have never seen,” said Elliott.

“I will not be distracted by Andrea Horwath’s shallow, partisan attempts to politicize health care.

“What the NDP priorities are also became clear today. We now know that Andrea Horwath’s outrageous statement and continual fear-mongering are just apart of a plan to help fundraise and to help her with her own leadership review at an upcoming convention.”

“It’s clear that the only ones trying to profit from our public health care system today are the NDP. This is just one big fundraising campaign on fears and lies.

On Monday morning, Horwath leaked documents obtained by the NDP which shows the Ford government’s scheme to privatize services including health care inspections, laboratories, and licensing.

The documents were allegedly given to high-ranking officials on December 13.

A January 22 document, also obtained by the NDP, shows a new structure for health care in the province, with planning and oversight functions transferred to a new “Super Agency.”

Horwath said that the Super Agency’s guiding principles is to “partner with public and private sector entities.”

“It’s a done deal, legislation is written, board members have been appointed, and Doug Ford already has cabinet approval,” said Horwath, leader of the opposition. “But the entire Ford government has been hiding this plan from the public. Why? Because people won’t like it.”

BREAKING: Documents from as early as mid-December show cabinet-approved plans to shift health care services, and the public dollars that fund them, into private hands.

Add your name today to stand against privatization of health care. #onpoli #onhealthhttps://t.co/B56SXDBFwV