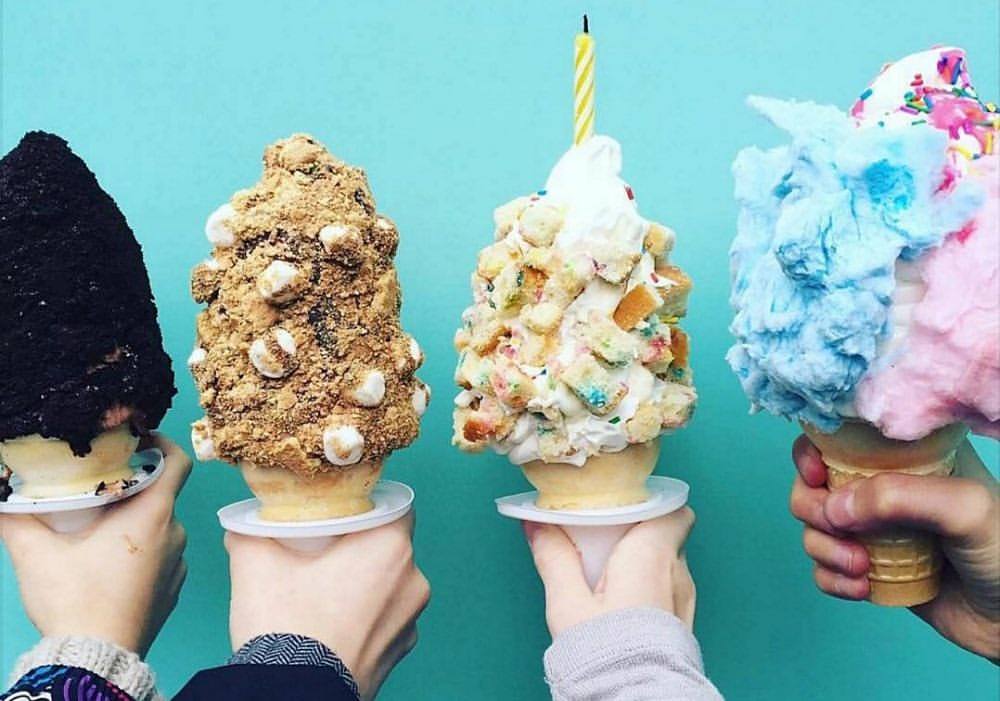 As Toronto-based ice cream parlour Sweet Jesus expands into the United States, some Christian groups have taken offense to the name of the soft serve purveyor.

A petition on citizengo.org, now signed by nearly 8,500 people, is calling on owners Andrew Richmond, Amin Todai, and parent company Monarch & Misfits to “issue an apology for their blasphemy,” and “immediately change their name and branding to eliminate every instance of mockery toward our Lord Jesus.”

“Choosing the name of our Lord for a brand of soft-serve ice cream is totally offensive and revolting,” reads the petition on citizengo.org. 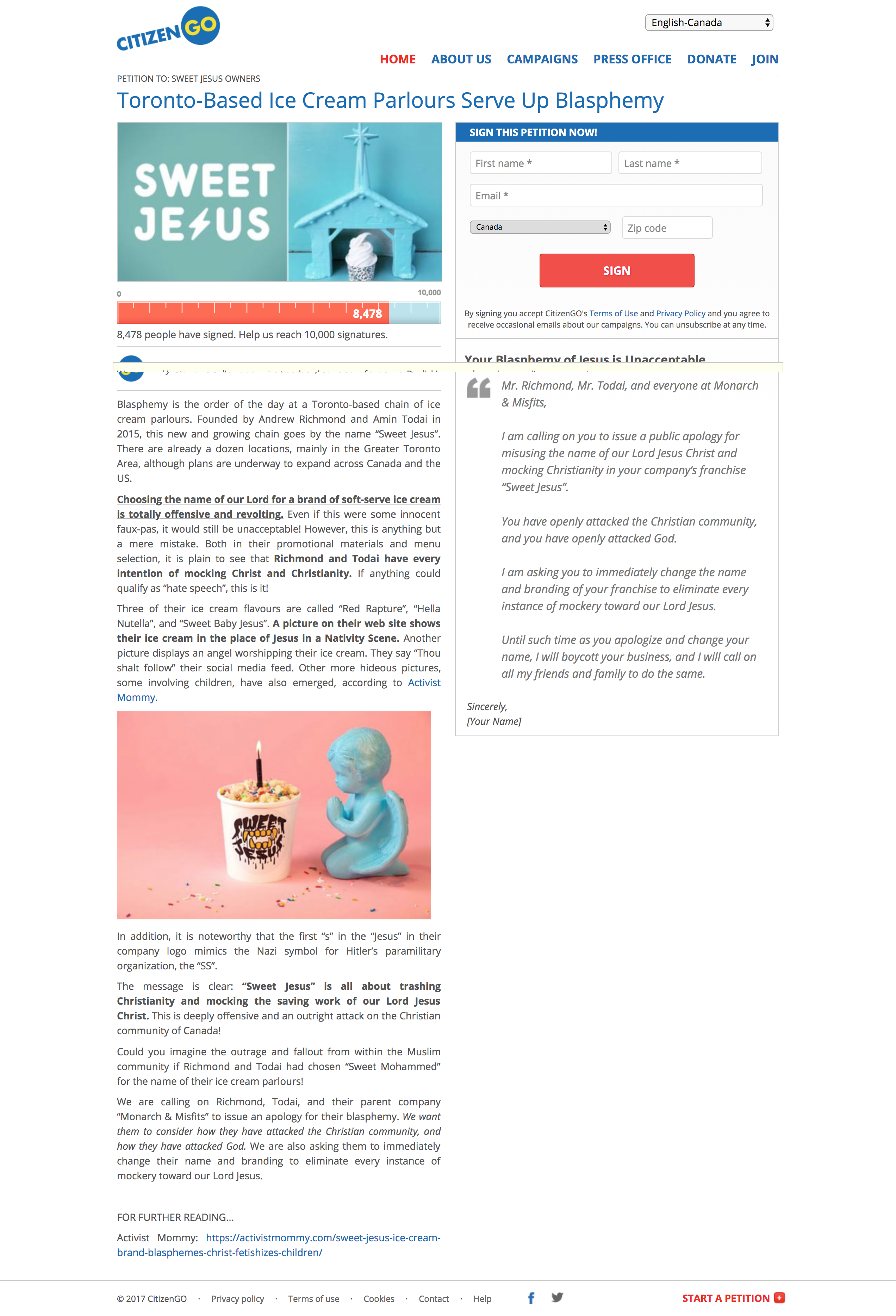 Meanwhile, another petition on change.org calls for a boycott and cites the upside down crosses on the labels of the ice cream cups as one example of anti-Christian imagery used to promote the brand.

In Toronto and the surrounding area where Sweet Jesus has expanded to over a dozen outposts, the name hasn’t been a source of such controversy, though the brand’s first outpost in Dubai preemptively changed its name to Sweet Salvation before opening.