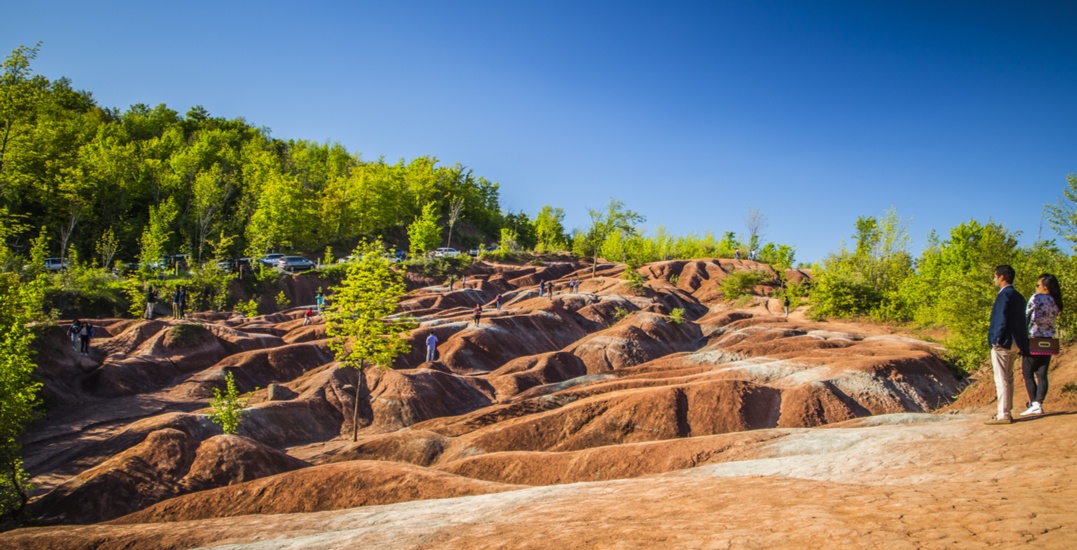 The Cheltenham Badlands have been fenced off to the public for almost three years, but visitors will finally be able to visit the popular site in the coming months.

Since 2015, visitors of this Caledon gem, which features a seven-hectare area of exposed iron-rich Queenston Shale bedrock deposited centuries ago, may have noticed that all routes leading into the badlands were closed.

For the past two years, visitors have only been able to view the grounds from a viewing area at the top of the badlands slope, as direct access to the grounds had been closed due to “overuse.”

But it looks like the Cheltenham Badlands will be reopening to the public later this summer thanks to a $115,000 federal grant given to the Ontario Heritage Trust (OHT) as part of the Canada 150 Community Infrastructure Program, reports the Caledon Enterprise.

The funding is coming from the Federal Economic Development Agency for Southern Ontario (FedDev) and is being matched by OHT private donors.

The combined $230,000 funding will go towards supporting improvements to existing trails and visitor infrastructure.

According to reports, trail improvements and maintenance work is currently underway and will continue through early summer.

Here’s to hoping that visitors properly enjoy this hidden gem sooner than later.