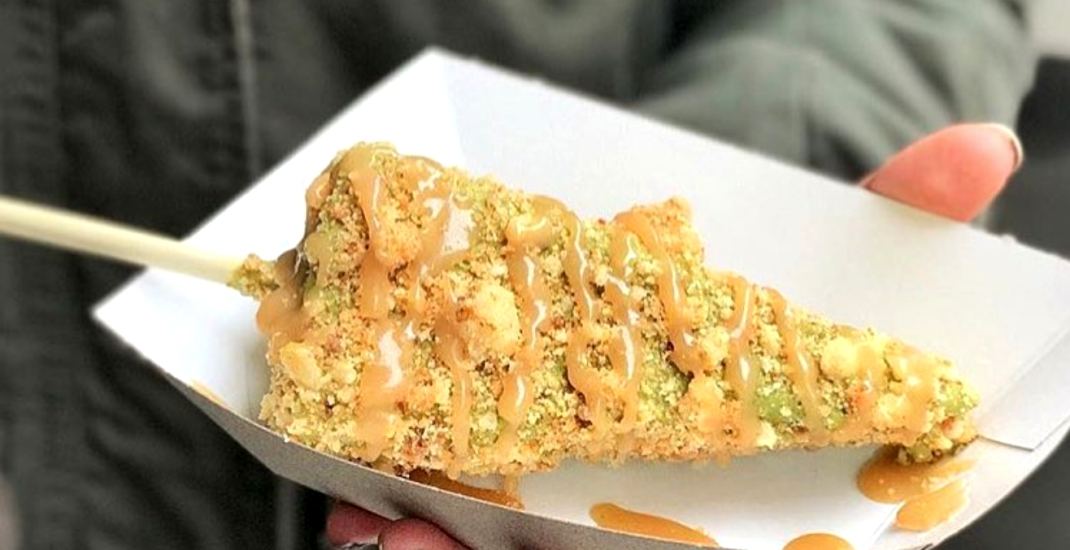 The viral sensation known as cheesecake-on-a-stick is popping up downtown for a three-week run starting next week.

The popular dessert from the Heirloom Toronto food truck has made appearances across the city including recent pop-ups at Yorkdale Shopping Centre and at Fugo Desserts.

Now it has announced that its temporarily taking over the storefront at Queen and Spadina from April 19 to May 4.

Better still, “Heirloom will be opening their first location in the late fall of 2018,” reads the food truck’s website. “Stay tuned for details and exact address, coming soon.”