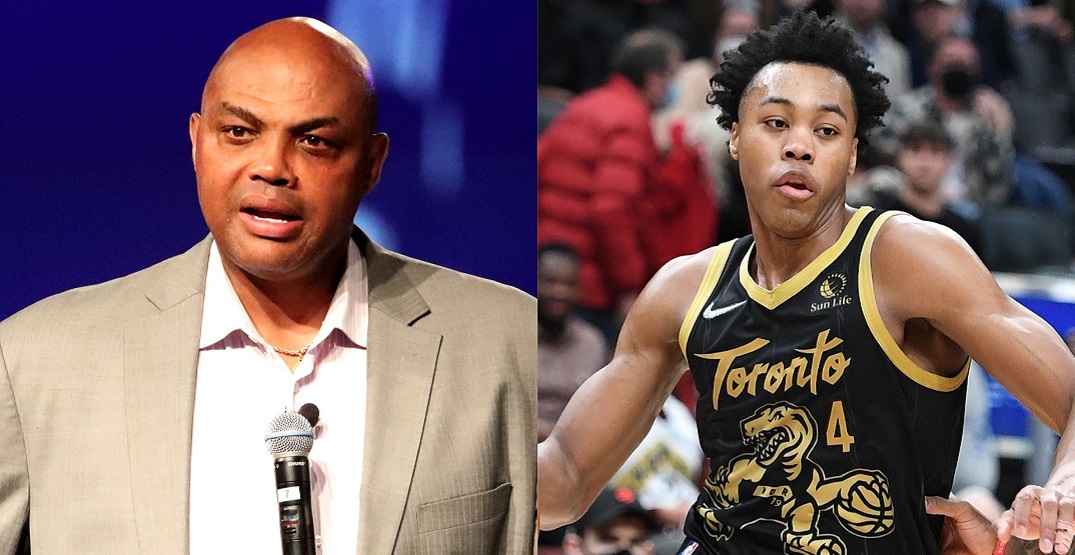 He’s currently in second place behind Cleveland’s Evan Mobley on the NBA.com Rookie Ladder, a season-long look at the league’s best first-year players.

Barkley was emphatic in his selection of Barnes over Mobley, as well as other rookies like Indiana’s Chris Duarte or Detroit’s Cade Cunningham.

GUARANTEEEE – Charles Barkley on Scottie Barnes for Rookie Of The Year #WeTheNorth pic.twitter.com/vtCKvS1QNJ

A fourth overall pick by the Raptors, Barnes has been arguably the team’s best player in his first season with the team.

Barkley himself didn’t win the Rookie of the Year while playing for Philadelphia in 1984-85, but he did have some tough competition that year.

Barkley’s career still turned out alright, though. He was the leading scorer on the Barcelona 1992 Olympics “Dream Team” that won the gold medal, and won an MVP in the 1992-93 season as a member of the Phoenix Suns. Barkley was named to the All-Star game 11 times during his career.