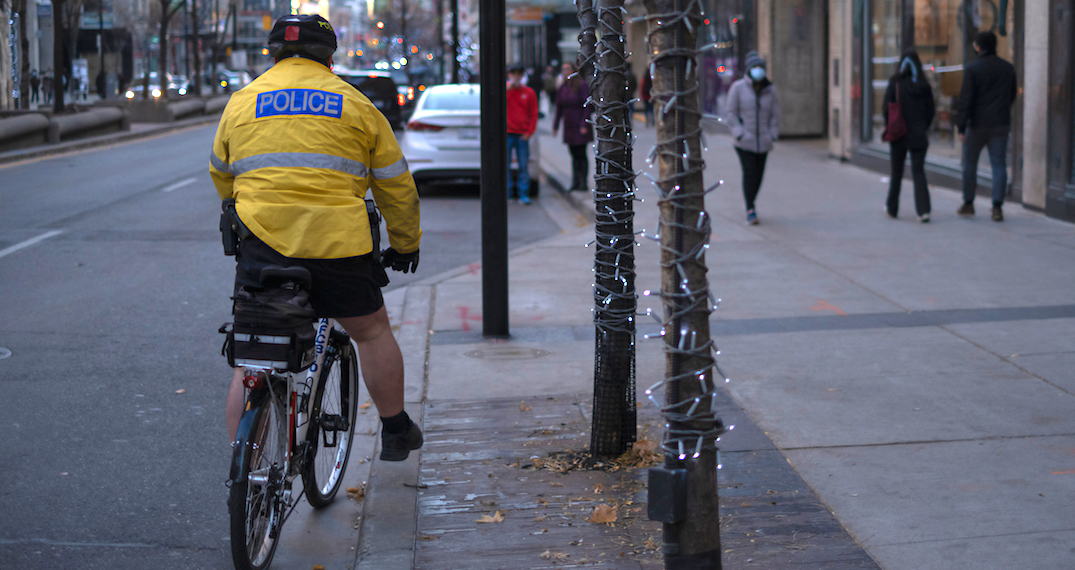 Seventy-two charges were laid against those violating COVID-19 public health measures over the weekend in Toronto.

During a press conference on Monday, Toronto Fire Chief and General Manager of the City’s Office of Emergency Management, Matthew Pegg, outlined the various charges laid.

Under the violations of the Reopening Ontario Act, six charges were laid and eight notices issued to owners and operators of retail stores, personal service settings, and grocery stores.

Of the 90 bars and restaurants inspected, 98% were in compliance, which resulted in two charges laid.

And when looking at gatherings, 40 charges were laid in private residences.

There was also an anti-lockdown protest that resulted in 24 charges, of which 14 were under the Emergency Management and Civil Protection Act, with 10 charges made under the Criminal Code.

On Saturday, the Toronto Police Service said that officers had been monitoring several large gatherings, including one held at Nathan Phillips Square.

Pegg also said that there is the continued issue of residents using outdoor ice rinks after hours, which is “dangerous and illegal.”

A Stay at Home order has been in effect since January 14, with the second state of emergency issued on January 12 (which was renewed for two more weeks) allowing for stricter enforcement of the measures.

Under the declaration of a provincial emergency, the Ontario government will give authority to all enforcement and provincial offence officers, which includes the Ontario Provincial Police, bylaw officers, local police forces, and provincial workplace inspectors to issue tickets to residents that do not follow the stay at home order set in place.

Tickets will also be issued to those not wearing masks or face covering indoors as well as retail operators and companies who do not enforce the rules.