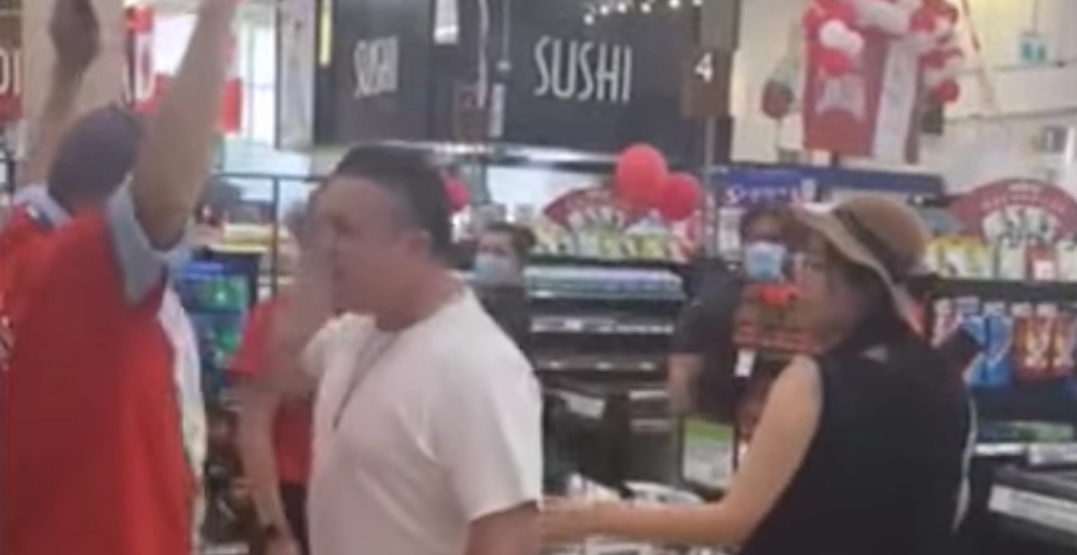 A man has been charged in relation to a hate-motivated incident that occurred at T&T Supermarket earlier this month, according to police.

On Sunday, July 5, the suspect reportedly attended the grocery store in the area of Central Parkway West and Grand Park Drive in Mississauga, Ontario.

Peel Police say the man was not wearing a mask and was asked by employees to put one on, as is the current store policy.

On Thursday, police said 48-year-old John McCash of Mississauga turned himself in to investigators at 11 Division, after being served with a Summons.

The Summon was issued for the offence of Causing a Disturbance; McCash will reportedly be attending the Ontario Court of Justice on September 25, in answer to this charge.

The man is also heard telling an employee, “You’re as Canadian as my butt.”