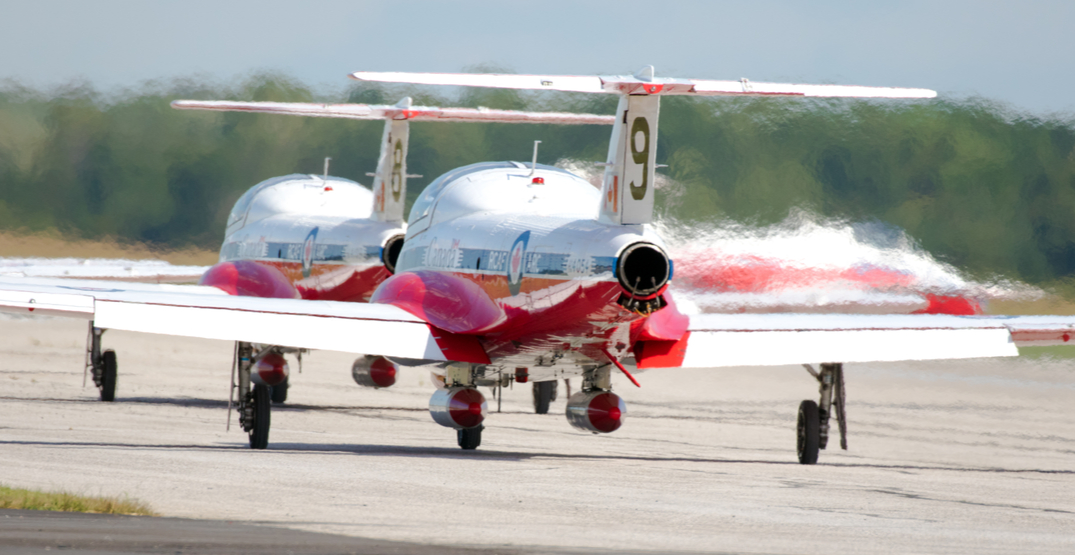 An aircraft with the Canadian Forces Snowbirds demonstration team has crashed in Kamloops.

“We know some areas are starting to clear up, however, transit through some of the mountain passes have very low cloud cover which is unsafe for flying 9 jets,” the official CF Snowbirds Twitter account posted Sunday morning.

OKANAGAN: We know some areas are starting to clear up, however transit through some of the mountain passes have very low cloud cover which is unsafe for flying 9 jets. We are going to preposition to Comox to start working our way west.

In a post from Twitter user @MikeGT79, he tweeted that the plane went down in the Brocklehurst residential neighbourhood, and the pilot ejected.

“I heard the Snowbird. Took a look out the window and saw it do a barrel roll… the pilot ejected,” he explained. “The plane took a nosedive straight down.”

The Snowbirds have been touring across the interior of BC as part of their Operation Inspiration cross-Canada tour to increase Canadian morale during the COVID-19 pandemic.

Canadian #Snowbird being rescued after landing on roof of house after ejection #Kamloops. pic.twitter.com/NeyvSMLKbU

According to RCMP, emergency crews are currently at the scene of the crash in the North Shore area of Kamloops.

“At approximately 11:42 am, reports were received that a Canadian Air Force Snowbird plane had crashed into a residence on Glenview Avenue,” RCMP explained in a media release.

Police have requested that the public refrain from gathering at the following streets in the area: Glenview Avenue, Crestline Street, Schreiner Street, Tranquille Road.

“This is a dynamic situation, and we are unable to confirm status or injuries at this time,” the release continues. “The RCMP will be working with other safety and regulatory agencies to determine the cause of the crash.”

According to BC Health Minister, Adrian Dix, BC Emergency Health Services received multiple alerts regarding the crash, and first responders were dispatched promptly. One individual has been transported to the hospital. “Our thoughts are with all affected during this difficult time,” Dix stated.

Late this morning @BC_EHS received multiple calls about a plane crash near the Kamloops airport. Paramedics and air ambulances were dispatched and one individual was transported to hospital. Our thoughts are with all affected during this difficult time.

Kamloops RCMP is asking anyone that may have captured video of the incident to contact them at 250-828-3000.