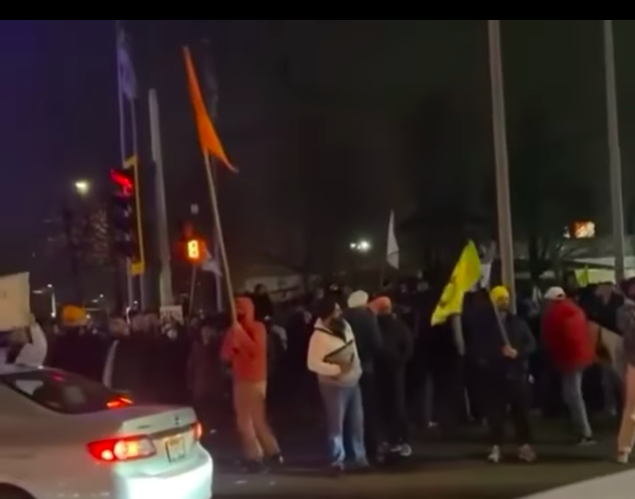 Sikh Canadians in Brampton, Ontario, celebrated the repealing of farm laws in India overnight by taking to the streets.

Videos on social media showed Brampton residents celebrating together around the city. One video shows people jumping up and down with excitement and even doing burnouts.

Indian Prime Minister Narendra Modi said on Friday that he would repeal farm laws that sparked year-long protests around the globe. He made the announcement in a speech broadcast live on television.

The controversial agriculture laws were passed in September 2020, and protests have been ongoing since. Aimed at deregulating farming in India, the laws largely impacted Sikh farmers in the country.

The timing of the laws being repealed falls on Guru Nanak Gurpurab, a Sikh celebration marking Guru Nanak’s birth. Guru Nanak is the founder of Sikhism.

The video of people in Brampton celebrating the end of the laws has been shared many times over on social media.

Federal NDP leader Jagmeet Singh, who is from Scarborough, Ontartio, also tweeted about the laws being repealed. He tweeted that he would be celebrating the news on Gurpurab.

This year, I join celebrations with news that #FarmersProtest across India and the world have secured a victory for greater economic and worker justice

From @GurkiranKaur_ and I, Happy Gurpurab!

Hundreds of activists in India died during the protests over the last year. The news that the laws will be repealed comes ahead of elections in major states in India, including Punjab, where many Sikh farmers were affected.