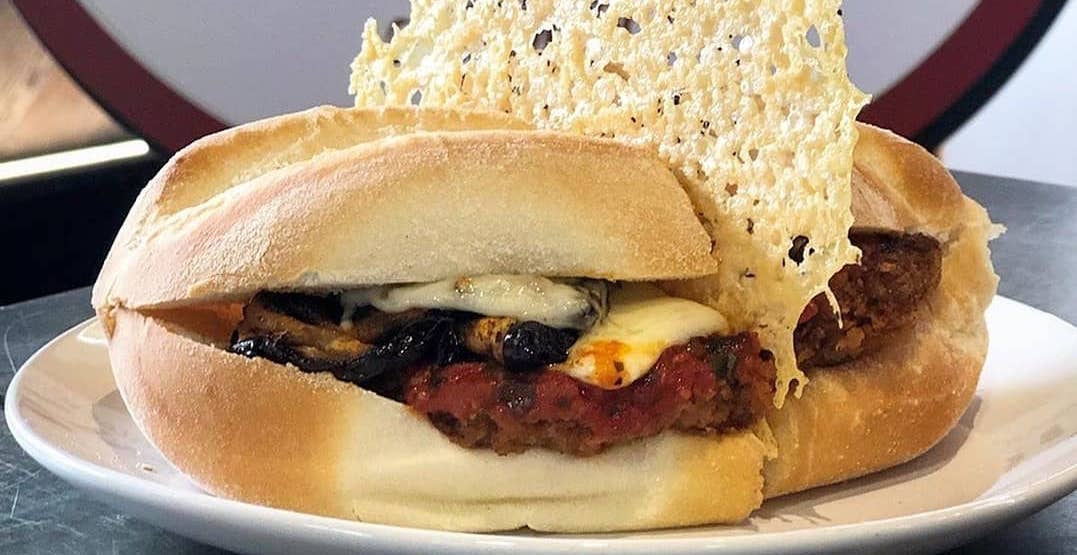 Mississauga’s Kantene Restaurant has been given the title of the greatest veal sandwich in the province, according to John Catucci of You Gotta Eat Here.

Following an intensive few months of veal sandwich eating, the judges of Ontario’s Best Veal Sandwich selected three restaurants to participate in the competition’s finals this past weekend in the St. Lawrence Market.

The contenders for the title of Best included California Sandwiches Claremont of Toronto, Tutti Panini of Richmond Hill, and Kantene Restaurant of Mississauga.

Ultimately, Kantene walked away with the win.

Leading up to the competition, 80 restaurants’ veal sandwiches were nominated for the contest by customers through social media.

From there, 12 semi-finalists were visited by the judging team – that included John Catucci, host of You Gotta Eat Here! and Big Food Bucket List on Food Network Canada.

From those visits, the top three were chosen. And the rest is history.

Based on the look of this sammy, it’s understandable why it received the title of Best.

The Veal Supreme is served with grilled eggplant, melted Bocconcini, fresh tomato basil sauce, melted provolone and a crispy lay of Parmesan, all piled onto a soft bun.

Considering Ontario’s Best is within a stone’s throw of the downtown core… you should probably get yourself over to it, stat.