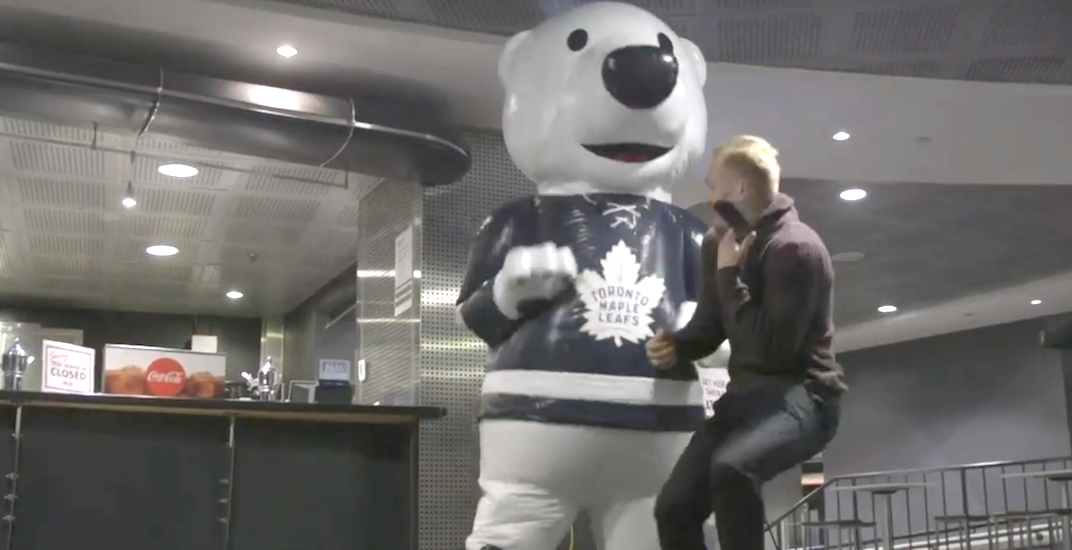 As far as NHL mascots go, Carlton the Bear is pretty tame.

A friendly polar bear, he’s been representing the Toronto Maple Leafs since 1995. All that changed on Halloween.

An inflatable version of the longtime Leafs mascot was planted inside Scotiabank Arena recently, aimed to scare the crap out of Maple Leafs players after practice.

The big white polar bear was planted in a spot for players to see entering the arena, next to a sign that said “come get your picture taken with Inflatable Carlton” to set up the prank.

From there, unsuspecting Leafs players were caught off guard as Carlton flapped his arms and lunged at them in the hallway.

Some players laughed, others were genuinely pissed off. Some even swore.

Mitch Marner did a bit of everything.

Andreas Johnsson was playing with his phone as he walked by and Carlton caused him to drop it.

Probably the best reaction was from Auston Matthews, who screeched and ran away.